CODE RED ... and the paper bled

I'm sure you've all heard the expression "if it bleeds it leads". That's a general content guide for the MSM but is most relevant to TV news. Basically it means that if possible the most violent stories should feature first because they are the most dramatic and therefore compelling, meaning more money for advertisers.

Blood is used in a figurative sense in this catchphrase, but of course the real thing also tends to get people to notice. So it's not surprising that there are references to actual blood in the news quite often. But there have been so many lately it's just off the charts.

I think this is all part of a massive globalist elite-controlled program. More than anything else it seems to be symbolic comms meant for "those in the know". It's really in high gear now. But there was also a lot of this kind of stuff around Christmas.

This was the Failing Terrograph's cover from the 23rd of December. 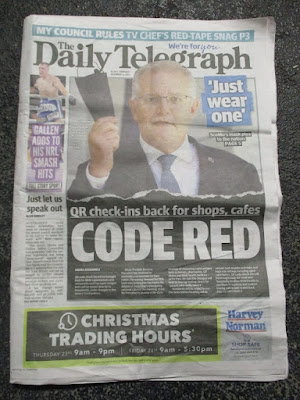 Like so many cover stories these days it had a 'rona theme. "Code red" of course means most urgent, but also brings to mind blood, as did the headline for the actual item inside the paper. 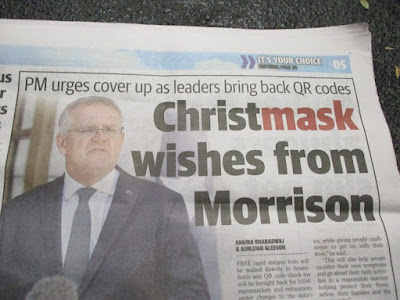 The wordplay here evoked Christmas generally. But with the word "mask" in bold red it cleverly alluded to the blood of Jesus on the Cross. We all have a mental image of blood running down his face from his crown (corona) of thorns, right?

The occultist flogs at this obnoxious rag really love to mock Christians. This was another example of it. Also, I think they were alluding to the obvious fact that ScoMo is a fake Christian on account of being a big time secret society wanker.

It was also adding to a symbolic pattern in evidence the day before. 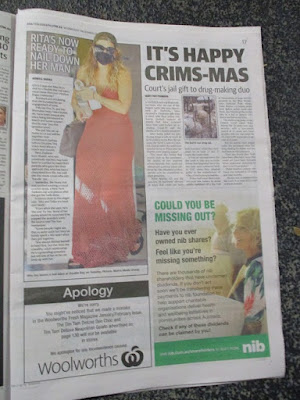 The story on the left was about British singing sleb Rita Ora -- whose main squeeze is an A-list Hollywood film director -- visiting a beauty salon in Double Bay. Note the red dress and the wordplay on nails, bringing to mind the Crucifixion. 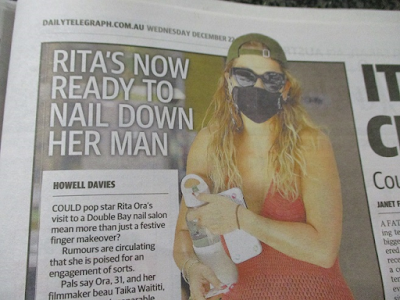 Next to this item is a story about a drug-making duo. The headline brings to mind Christmas (Christ) along with masking (like a precursor to the one the next day, describe above) as well as criminality and crimson (red).

Note that the female figure featured in the other story was wearing red and a mask.

Hmm. That's interdasting ... Think that they might just be hinting at something about the famous pair? 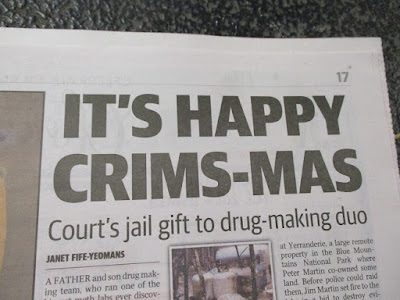 So, with this "code red" context, as well as masks, and given the A-list Hollywood and sleb elements involved there seem to be two iconic scenes from well known movies that best capture the strong Masonic duality vibe.

There's one made by the fervent Catholic Mel Gibson, in which the Son of God wears a mask of his own blood.

And there's this one, which starred a very famous figure who's reputed to be a high ranking occultist and has had a major starring role in the real-life story of the Coronapocalypse as well. He often appears in the paper for these reasons along with the the fact that he's been linked to Bondi Beach in a really intriguing way. 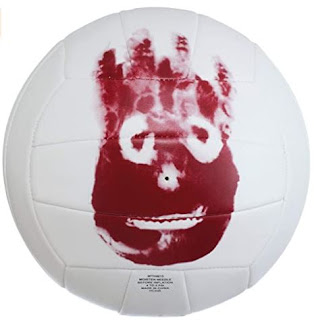 Fun fact: The Bondi limo driver who was blamed for the Delta outbreak was said to have caught it from an American FedEx crew he picked up from Sydney Airport.

And in the movie Castaway the Tom Hanks character ended up "washed ashore, lost ashore" on an island after the crash of ... a FedEx plane.

There's much more about the related symbolic patterns featured in the paper and what they might be meant to convey in the video below. Please check it out.

Posted by MattHaydenAU at 5:28 PM