I have seen more examples of the pattern I described in a previous blog post. I'm listing these here so you can see there's really something creepy going on.

I'm not exactly sure what all this means but I think it's some kind of batshit "symbolic incantation" to do with blood. I know that sounds completely insane. But I've come to this conclusion after many months of seeing this kind of stuff over and over again in the MSM.

Look at the photo they've chosen here. The NSW Premier's tie is white and pinky-orange. There are several other photos of pollies like this in tweets around the same time. They had either red or purple or pink ties -- or, in the QLD Premier's case, a floral blouse with a similar hue. Notice how it's a 'rona themed story. 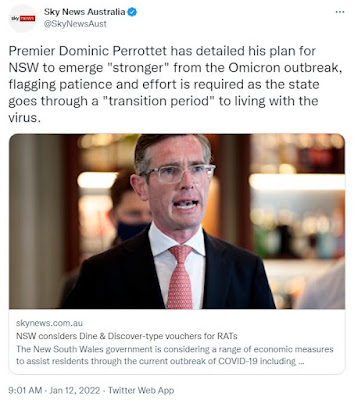 Again, 'rona theme. Notice the colour of the tent the band is playing in. 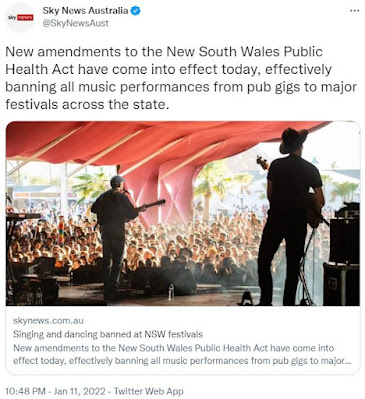 Check out the giant "witches' hats" in the background. This marine transport theme is another recurring motif. 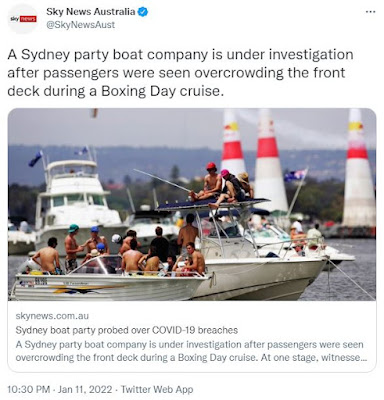 This doesn't have the red or pink element but I'm including it because it's about kids, who are related to this phenomenon. It uses the classic "sole exposed" symbolism. This is a real occult elite fave that you see all the time in the MSM.

Also, the blanket is golden. Maybe I'll do a post about that colour theme and what it means because there are heaps of examples of this as well. 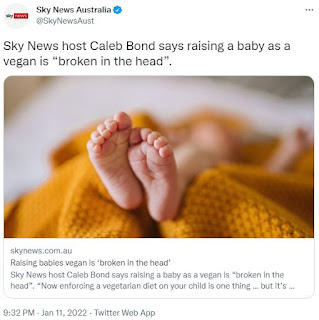 They use this one a lot. It's "O" for Omicron. But it really does look like floating blood cells. 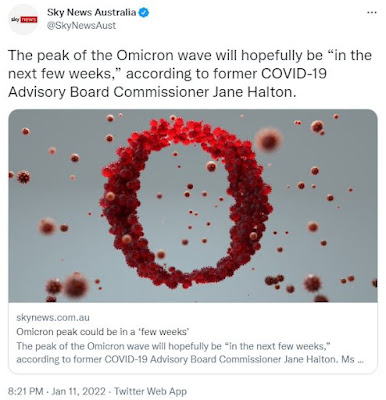 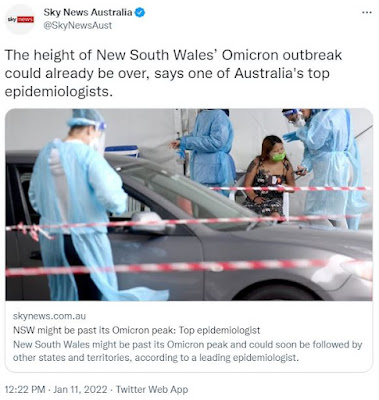 This story is about ambulances so it's not surprising that it would include an image of one of the vehicles which has those colours on it. But I've included it because of the "code red" mention. 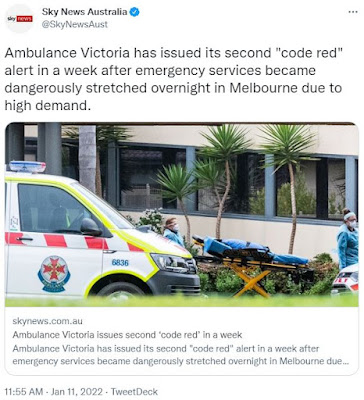 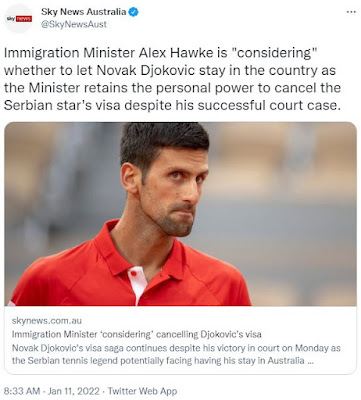 Still on Omicron. And the health worker wears pinky-purple. 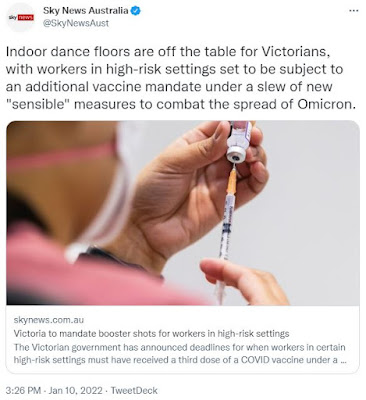 Now the kid has a similar coloured shirt. 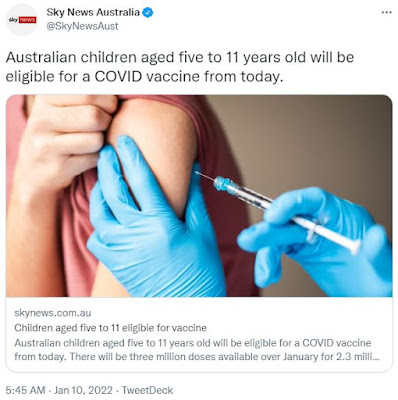 The image of the hero vegetable on the bag is a pinky-purple beetroot. Again, notice the theme of the story. 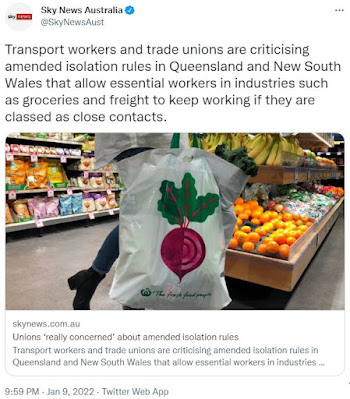 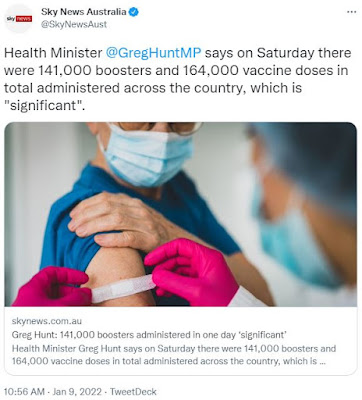 Not a 'rona theme. But flowers -- pinky purple ones in particular -- have been all through the MSM of late. Red roses are of course symbolic of blood.

I've seen heaps of weird patterns around horse racing too. Then there's this idea of magic that the occult elite love so much. In their tiny febrile minds they're always "casting spells" on the sheeple, see. 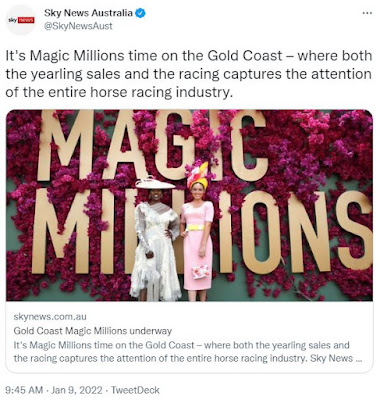 Red liquid in the cup. I've seen heaps of this kind of thing lately as well. 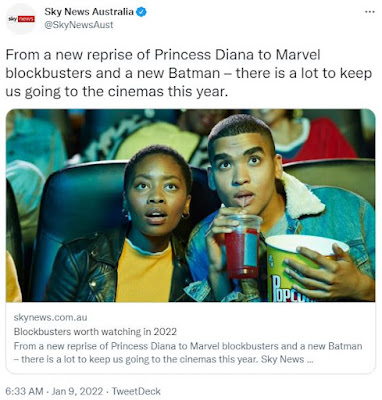 WTF is that thing in the foreground? And it covers the Zombie Squirrel's white shirt.

It looks like those spiky Nerf balls to represent the virus are behind the sign on the right hand side of the tweet. But they kind of look like roses. In any case there's the red and white combo again.

And check out the fine amount: sixty six grand. They just love that number, don't they? 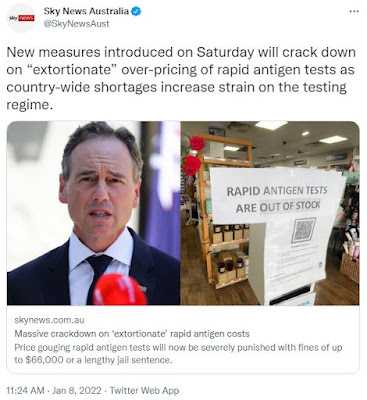 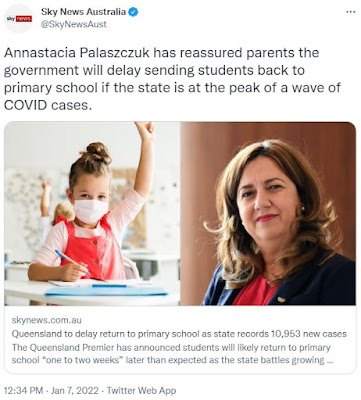 Again, there are many other examples of this motif that appeared within the same time frame -- flags for example -- that I could have listed in this post but didn't. In any case, I'm sure you get the picture.
This is definitely a pattern. It's not due to chance.
If you enjoy these posts, please consider supporting me via Ko-fi.
Posted by MattHaydenAU at 11:58 AM