The taste of India is so hot right now!

Here are a couple more data points related to a pattern I described earlier. Basically it looks like there's been a massive shift in the global trade of the pink drug that dare not speak its name. So the occult elite scumbags who run the whole system from on high must get the word out to their creepy mates across the globe without getting sprung. So they're doing it bit by bit through imagery and wordplay in the MSM, which they own and control.

Think of the impressionism of the famed French artist Seurat. But this isn't painterly pointillism so much as surreptitious Satanic symbolism. The full horror of what they wish for only emerges after a while when you stand back and take it all in.

Look at this spread from the Failing Terrorgraph of April 12. 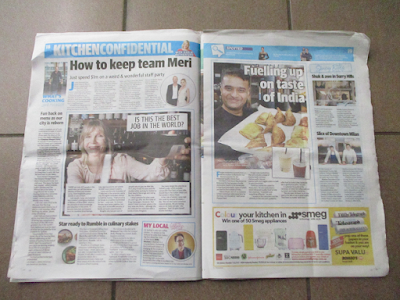 There's a story about an Indian dude in Blacktown who runs a petrol station. The word black along with the colour itself have been appearing a lot lately, particularly over Easter.

Fuel is also used as a symbol of this psychadelic. And much of the supply came from Ukraine, headquarters of the globalist crime syndicate. Vlad is taking out the trash there, which is why their controlled arsehats hate him so much. It's also a big factor in why this change has been implemented. 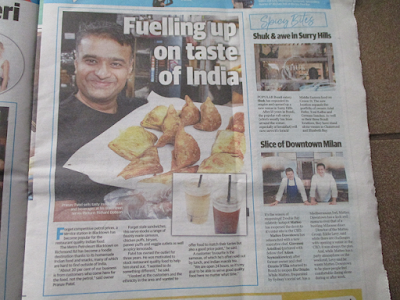 Note also the headlines in the two stories to the right of the main one about the petrol station. Shuk means to husk. And we all remember the phrase "shock and awe" from the first Gulf War. The other headline includes the word "slice".

They often include gruesome imagery in headlines to hint that the page is about the drug, since its creation involves this kind of horrific violence. (I know many of you would be rolling your eyes with incredulity at that claim. But that's how they get away with it. It's like the term "too big to fail". This is "too evil to believe".)

The page on the left has more imagery that is meant to concentrate the power of this symbolic incantation. 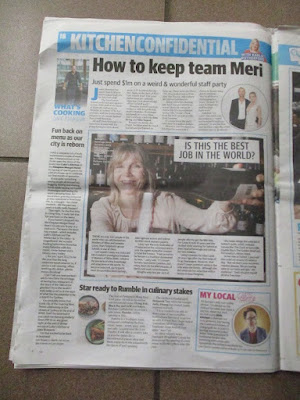 I reckon the team they wanna keep merry is the one comprised of the local occultist flogs who know what to keep an (illuminati) eye out for in the Sydney lie factory. Below that story is one about a woman who is a Master of Wine. She's pouring from a bottle of red. Like fuel, wine is symbolic of this drug.

Note the headline below. This may be a stretch but I think it's meant to evoke "Reno Rumble". The first word in that phrase is a much more explicit reference to this drug, since the full name of it actually contains those two syllables. I explain it in detail in this video.

On the left of the page is a headline reading: "Fun back on menu as our city is reborn." The above linked video has more details about the "CBD dying" because of the upheaval in this trade. And birth suggests babies, of course.

Here's something I saw a coupla weeks beforehand. It was from March 31st. 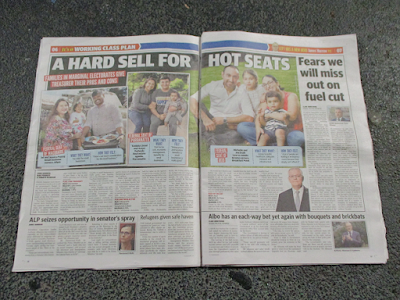 Note the south Asian food reference again, and the dark skin of the dude proudly holding what he's lovingly prepared. His wife wears a dress with pinky purple flowers, as does the kid.

It would be easy to make sure that these symbols were included in photo shoots by telling the people featured that they're looking for lots of colour. "Wear something with, say, pink flowers, if you can. They'll go nicely with the food you're preparing." 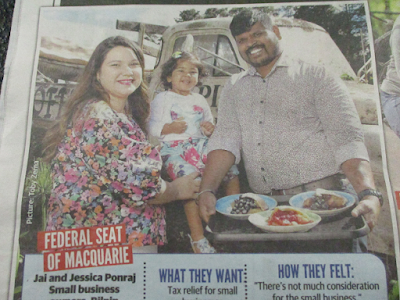 Needless to say if they are doing something like this, and I think they are, the exploitation of their story subjects is just too loathsome for words.

Please check out the video below, which has other examples of this pattern.

Remember also that the theory I've developed here hasn't just come from the stuff I'm putting in blog posts, tweets and videos. That content is just the tip of the iceberg. I have collated easily fifty times as many photos from the papers and screenshots of online articles that are in this vein. There are not enough hours in the day to convey how much of this creepy shit there is out there. So I'm doing what I can so you can see there is a pattern pointing to something vast, entrenched and deeply sinister.

I don't want to believe I'm right so please if you have an alternative explanation include it in comments. But saying "that's batshit crazy nonsense" or "you need help" is not an argument. The patterns are undeniable so you must offer a benign alternative to what I've been laying out in this blog. Otherwise, you lose!

Posted by MattHaydenAU at 4:58 PM