I've just noticed a very pronounced trend in MSM articles recently that seems related to what I've blogged about before. Basically there are an inordinate number of articles that feature images and/or backgrounds that are dark, often black. There are also many more stories than usual with a racial theme featuring dark skinned people. Sometimes both these elements are combined.

It's beyond doubt that the MSM are all ultimately controlled by people who hate Christianity and "whiteness". Easter in general, and Good Friday in particular, must really make their blood boil.

So it looks like all the editors got the same memo from those at the apex of the globalist power pyramid. Seems the mission was to try to darken Good Friday; to make it a kind of "Black Friday" in more ways than one ...

Whatever the reason the trend was very clear. Here are some examples in no particular order. 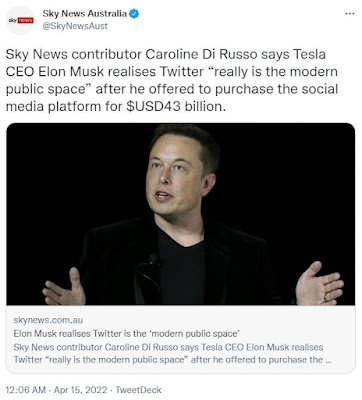 Similar photo but not as pronounced. Dark blue shirt and background. But he does have a black hat! 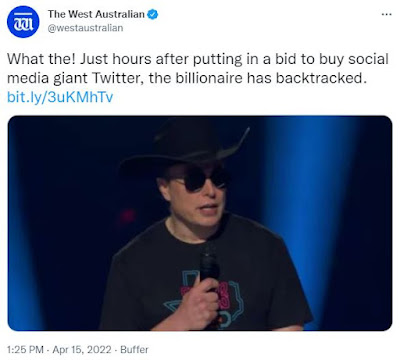 This was a review of a restaurant called Corvo. Rob Broadfield said it was "something to crow about". 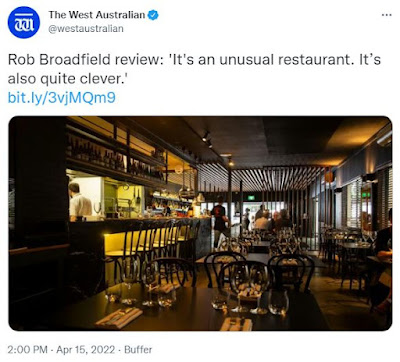 Interesting that this was chosen for review, and it was published on Good Friday. 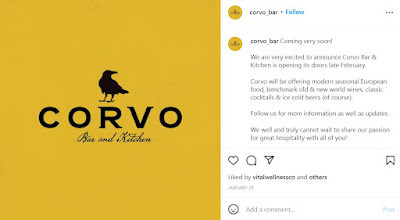 Black sign. I'm including it because they tend to have white or light coloured backgrounds. 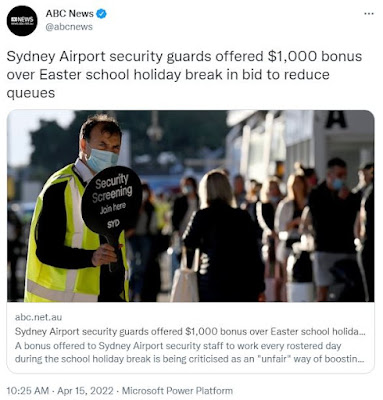 Not only is there a lot of black in this shot, but the drink itself is dark. It's a kind of Kahlua. 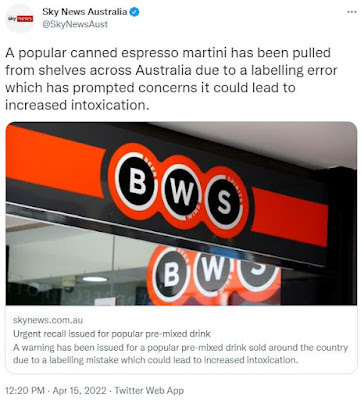 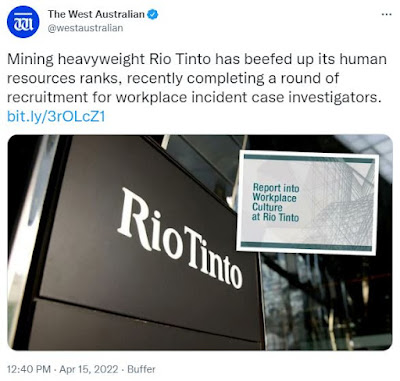 Strong black background to this photo of Trump, making the red and white of his hat really stand out. 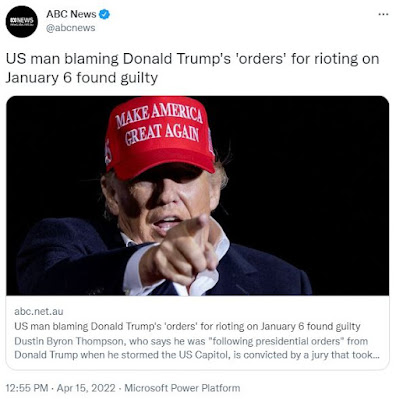 Kristina Keneally is usually seen in a red or pink outfit. So I thought this shot was notable. 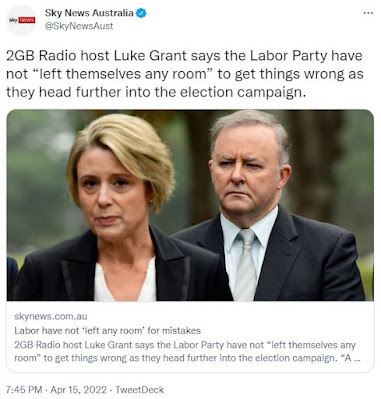 Another example of the Labor pollie in black. And there's the pinky-purple of her opponent in front of a black background. The shooter was a black dude, and there's a photo of him in a black hat. Note the 33, fave number of secret society wankers. 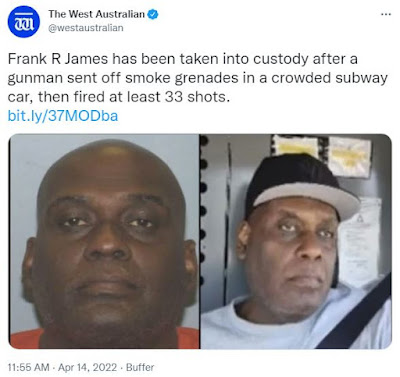 Another story about the shooter featuring a dude who spotted him. He wears a black shirt. 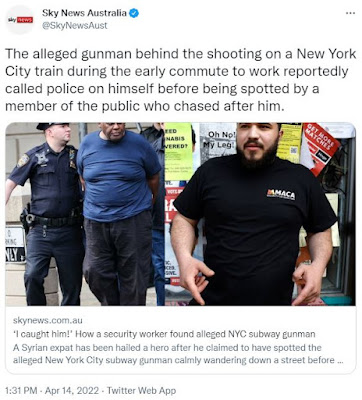 Lizzo is black and note the background. She's also pointing at her eye. You see that sort of thing often in this outlet and others. Mundine is black also. 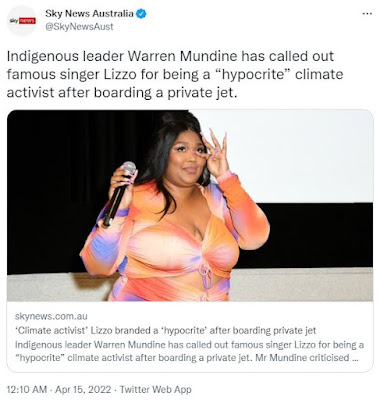 Black dude in a black mask with a black car behind him. I think they also like that story because of the duality aspect related to his name. He's a Gooding kinda bad, if you get my drift. Redemption through sin and all that crap. 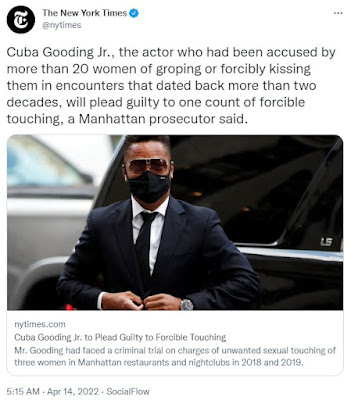 Black pride story. And it lends weight to my theory about how there's a real push by the occult elite to tell their creepy mates about a change relating to race in a vast hidden trade in a drug that dare not speak its name. 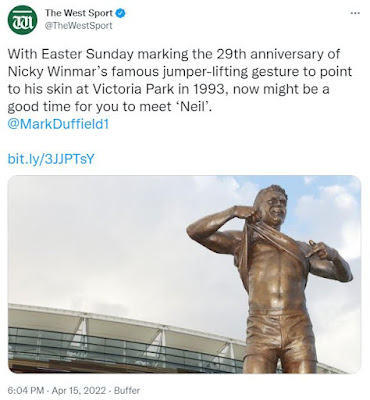 Similar theme from a coupla days beforehand. As well as the duality aspect of the team colours, note the red and white logo on his heart and the light behind his head. Who is the bringer of light? 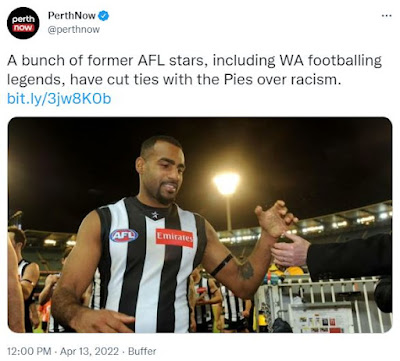 Being around Kim Kardashian would be hell at the best of times -- even worse when she's wearing this kind of stupid outfit. But the occultist flogs at Perth Now are most impressed. Figures. 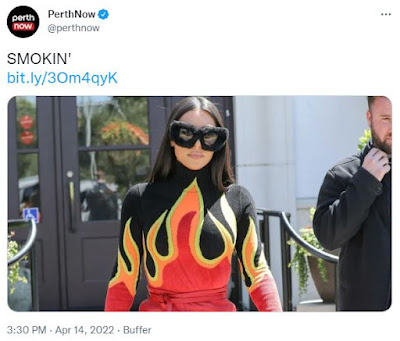 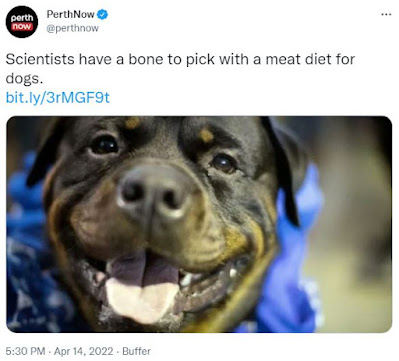 This shot and the interview itself was the most interdasting of the ones collated here (and I could have included many, many more BTW). 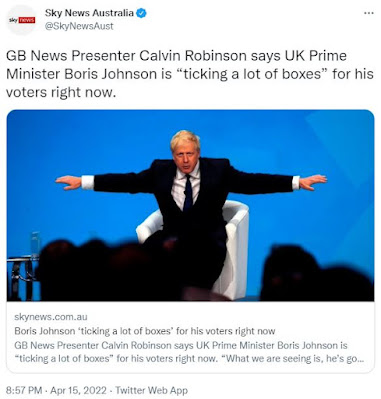 Note how Bojo is wearing a black suit and the foreground figures are in silhouette. He's got his arms out zif he's tryna fly. And there's a strong blue background evoking the sky.

In the interview with (black) Calvin Robinson Rowan Dean talks about "inking" offshore processing deals with Rwanda (where the people are black, obviously).

He says Boris's plan "looks like a carbon copy of Operation Sovereign Borders".

Note the mention of what he's ticking... Hmm. Seems to be some sort of hidden message about "black boxes".

Speaking of which, please check out the video below. There was something creepily similar in a recent issue of the Failing Terrorgraph.

Posted by MattHaydenAU at 12:51 PM