The paper of the beast

If you know what to look for you can see occult elite symbolism all throughout the mainstream media. If you're not doing this already I exhort you to put yourself in a kind of Robert Hughes mindset and view every news item as an attempted work of art. It's amazing how many sinister patterns you'll pick up.

While these can be perceived in all the major lie factories, they seem to be easiest to spot in the Daily Telegraph. There are creepy comms and symbolic incantations on almost every page.

Take the December 3 issue. The cover refers to Premier Dom Perrotet's plans to reshape the city of Sydney. 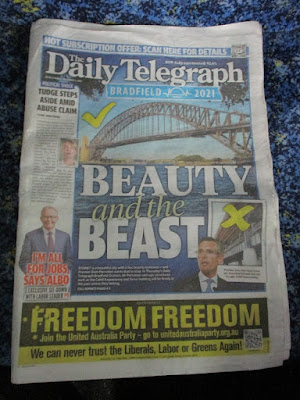 "Beauty and the Beast" brings to mind the Disney classic. And weird Walt was himself a real heavyweight in the world of secret societies. Thankfully their part in so much of the current madness is something that more and more people are waking up to.

But back to NSW: The Premier wants to get rid of some beastly elements. These include the Sirius building. 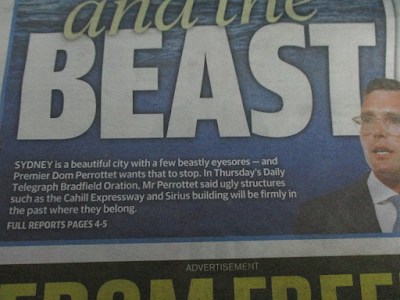 This was stated right there on the cover. So, there's an association between Sirius, a favourite occult elite symbol, and "the beast". Not an accident, IMHO. (Also, note how the A in BEAST is directly above the words "Sirius building". Is this meant to evoke a pyramid? Maybe ...)

It's like when Sutton the Silver Slug called the Delta variant "an absolute beast" of a virus. As well as trying desperately to scare people as part of their globalist agenda, these globalist-controlled arsehats are also signalling to each other that they're part of the creepy cult that rules the world.

Another data point was an item in the paper the day before. 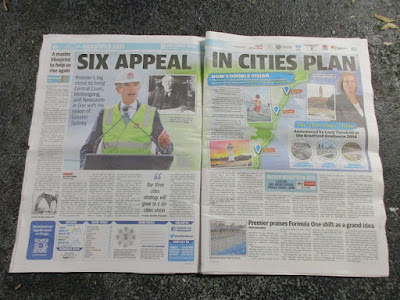 It was about how the new Premier was doubling the old three cities plan of Lucy Turnbull (who herself is another globalist elitist, of course).

And check out the quote that the paper featured. 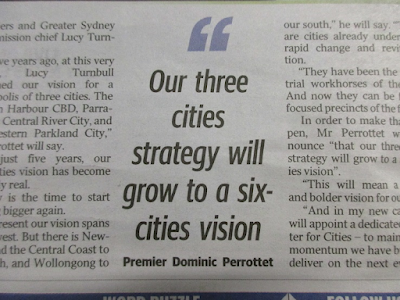 Brings to mind three sixes, dunnit? You know, the "number of the beast".

Something tells me that was not an accident either ...

Posted by MattHaydenAU at 4:23 PM