Some thoughts on Halloween I was intending to post earlier. Better late than never ...
As I'm sure you're aware, it has become very popular here in Australia in recent years. When I was growing up in Perth I knew about the ritual from American TV shows and movies. But no one ever went around "trick or treating" as far as I can recall.
Fascinating how it's actually really big in Australia now. Another example of the power of Hollywood.
Actually, it seems to rival Christmas in popularity ... Went on a wander through Petersham and Stanmore on the weekend it was held. Saw several displays including this one. 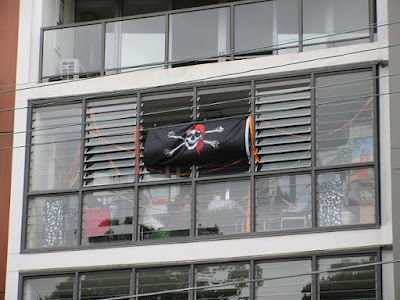 Given that it featured the skull and bones I assumed it was part of the Halloween celebration. The red bandanna did make me think of Pirate Pete, though. Maybe the residents were massive fans?
That thought was actually scarier than many of the displays on the day! That's saying something because while most of them were merely creepy and kooky, mysterious and spooky, some were genuinely spine-chilling, like this one. 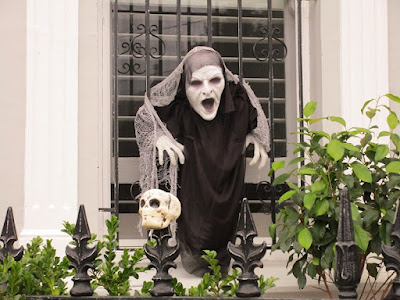 Though when it came to inducing sheer terror, none of them came close to this banner on the bridge over Stanmore Road. 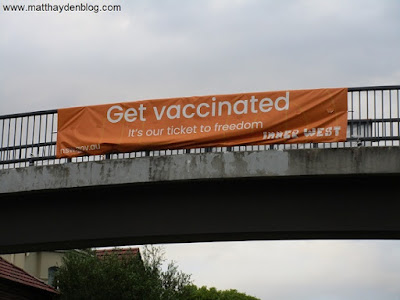 Heart stopping or what!
If you enjoy these posts please consider supporting me via Ko-fi.
Posted by MattHaydenAU at 11:31 AM