Delta is part of the Great Reset

All mainstream media outlets are ultimately owned and controlled by the globalist elite. That's why they continue to promote the Great Reset agenda in various ways.

The Daily Telegraph is a good example. Sure, Rupert employs some climate change skeptics in this paper, but look how he's flogged the jbby-jab-jaberwocky-jabberoo. It's been relentless and deeply sinister.

One thing you see a lot of in MSM lie factories is slebs employed as role models for the sheeple. They're also used by the globalists in a process best described as symbolic incantation. It's like they're tryna cast a spell by organizing images and headlines in a certain way on the page. They're also reminding each other of what their ultimate goals are and, I think, sometimes even offering coded updates and advice on how best to achieve them.

Don't believe me? Check this out. It's a story in the December 14 issue about how Aussie A-list singer Delta Goodrem is recharging her batteries at the end of a long hard year. Notice how she's wearing a green outfit. 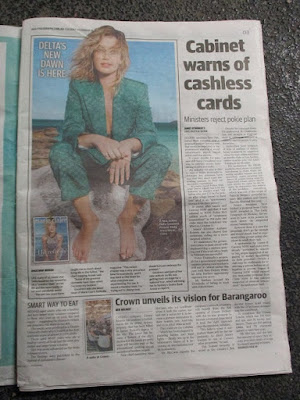 The paper, and similar outlets, have made much of the fact that she shares her name with that of a notorious 'rona variant. She's repeatedly joked about it herself, for example saying "that Delta's gotta go!" in a recent puff piece.

The headline uses wordplay on a classic Helen Reddy hit to evoke the idea of a major paradigm shift. They've done this more than once in recent months. 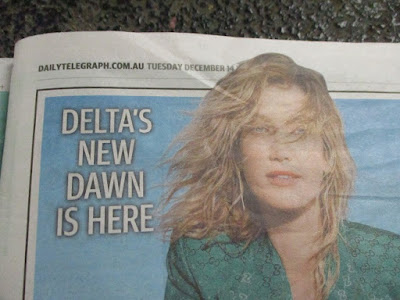 As with all symbolism, there's quite a lot going on. The song "Delta Dawn", for example, is about a woman obsessed with eternal youth. That's something the globalist elite certainly desire too. Unlike her, however, they believe they'll actually achieve it.

Notice how it's a "new" dawn. So, this evokes the "new normal". And the actual article makes much of her decision to hit a "massive reset" on her life. Massive is like great, geddit? 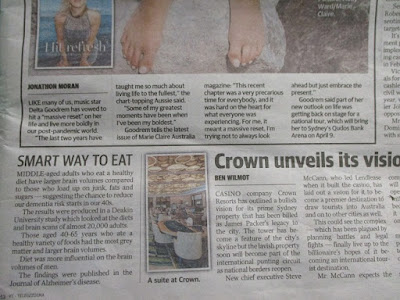 Also, look at the headlines below the story. There's one about a "smart way to eat". That brings to mind the changes that the globalists wanna make to our lifestyles and diets (not theirs, of course). They plan to have us all living in "smart cities", housed in pods, eating bugs.

Adjacent to it is a story about a casino, with the headline: "Crown unveils its vision for Barangaroo."

Crown is another word for corona. And that's ultimately what all the recent craziness has been about. The Great Reset is a sneaky way of installing a new global royalty: "The crown is dead, long live the corona!"

The fact that each headline is positioned under one of her feet may also be intentional, since they have form for symbolism using feet, shoes and boots. 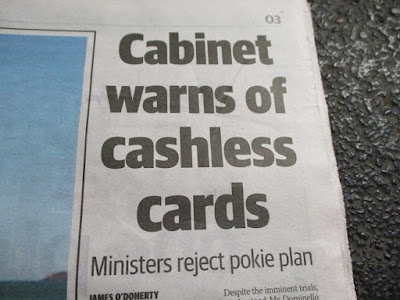 Then there's the headline at the top of the page about cashless cards. Digital currency is a major goal of great resetters. If they can make it impossible to pay for anything other than online, they can control all those interactions through AI. Then they can literally starve you if they deem you a threat.
The alliteration of "cashless cards" is something you see a lot of as well. I think this might be something to do with invoking the CCP. They are of course a big part of this plan for world domination.
So, the singer is being used symbolically in several ways both overt and subtle.
Having control over figures like this is extremely important if you wanna influence the public. Slebs have long been a crucial part of a massive mind control matrix, as described in the video below.

Posted by MattHaydenAU at 12:38 PM