The Cult of the Needle

The relentless campaign to make sure everyone in the nation has the shot just gets more and more sinister and cult-like by the day. It's disturbing that they want all adults vaccinated. But the push to get needles into the arms of Australian kids is just plain evil.

There's absolutely no medical reason for them to undergo this procedure. And they can't give informed consent anyway.

Now parents are happily offering up their children as subjects in a global trial. They've been brainwashed into thinking it's some wonderful gift they're about to be given. And the poor kids believe them, of course. They anticipate it like they do Christmas!

Look at the photo in this story from a recent issue of the Daily Telegraph. So creepy! 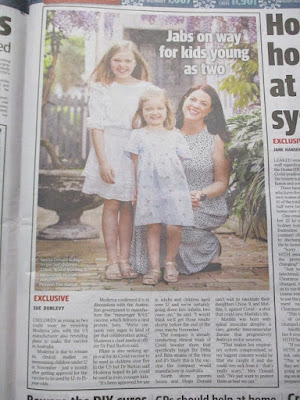 You'll notice that it was written by Sue Dunlevy. She herself was vaccinated and had a reaction that she described as horrendous. Yet she says she'd do it all again and recommends it to everyone else as well. Talk about drinking the Kool-Aid! 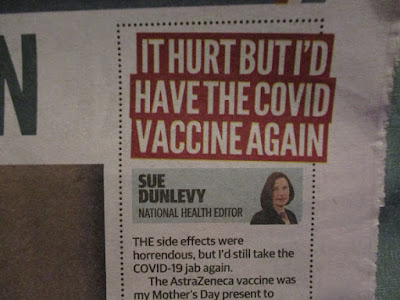 The "creepy cult that rules the world" has been doing this kind of thing for a long while. Take abortion for example. By indoctrinating so many into the belief that it is not the killing of an actual human being but a medical procedure and a personally empowering "choice" then it's much easier to take them to the next level: child sacrifice.

IMO that's where the current universal jab push is leading to as well ...

Posted by MattHaydenAU at 11:31 AM