Mark McGowan wants all the suckers to "roll up"

Interesting that many people are now seeing Luciferian symbolism in Biden saying that getting a bill passed might take "six minutes, six days, or six weeks". They're also noticing that the oft repeated phrase "build back better" evokes that same sinister figure when you think of the lower case letter beginning each word.

Observations like this do still provoke eye rolling from those who obediently accept the MSM narrative. But given recent developments related to the vaccine rollout, fewer and fewer people now see them as completely outlandish. I myself am convinced that this whole Coronapocalypse psyop is ultimately being driven by a death cult.

Local pollies have form for this kind of creepy imagery as well. You often see it in their Instagram feeds. Take Mark McGowan. He is definitely a globalist-controlled arsehat, and very likely a secret society wanker. His updates frequently feature Masonic motifs.

There was a recent story about him being a Demons fan. Remember that fake news is just another tool of the globalist elite. So this was possibly more sly signalling to those in the know about the select set he's in.

With that in mind, I think this was an interdasting IG post. It was made at the start of the "pandemic" back in March 2020. Something tells me he -- or more likely his Deep State handlers -- had a good idea of what was to come. So he and/or they were indulging in some sneaky "revelation of the method". 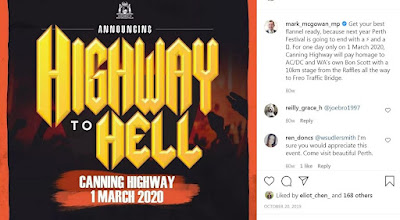 This "roll up" bollocks that every blue check and his blue dog keeps repeating is another example of "hiding in plain sight". Basically, they're saying those who get the jab are suckers. That's because "roll up, roll up!" is a circus term. It brings to mind PT Barnum's infamous phrase: "There's a sucker born every minute."

It's also why lolly pops are often offered to the vaccinated. They're sometimes identified in posts specifically as Chupa Chups. "Chupa" is Spanish for "suck". 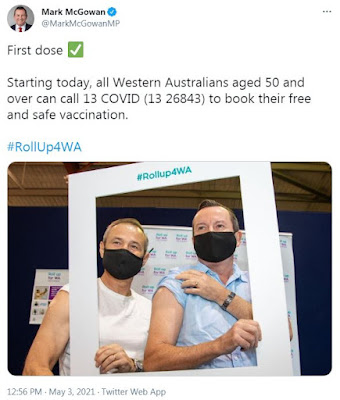 McGowan, like all the premiers, has flogged this phrase for many months. ScoMo, along with Greg Hunt and many other Canberra muppets have been saying it as often as they flash that stupid V-sign. (This hand gesture, like the notorious number mentioned above, is another symbol with a dark back story). 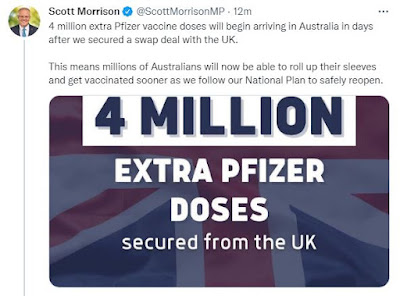 Here ScoMo says "roll up" for the umpteenth time. By doing so, he's covertly mocking the normies for dutifully obeying his command.

The graphic of the vial box even looks like a circus tent, FFS! 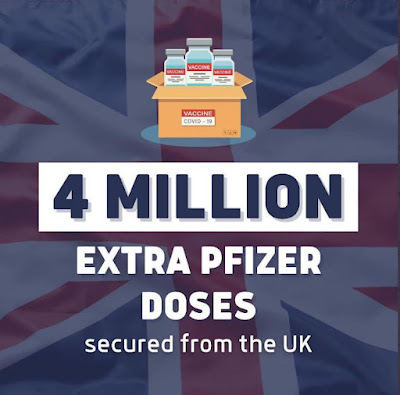 Lately SkidMark has even been telling kids to "roll up". What an evil POS. 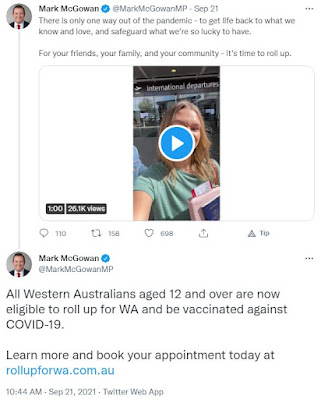 Please check out the WA Government promotional video below. It is jam-packed with creepy occult elite motifs including the rainbow, thousand points of light (fireworks), one eye, V-sign, and obelisk. There's even an oldster having his 99th birthday. Turn that number over and what have you got?

And notice that the protagonist -- a very young woman, likely a teenager -- is shown leaving her loved ones on a plane. So she's one of the "dear departed". (The plane shot shows a left wing too. Maybe even that's symbolic ...)

And right at the end she's shown on a circus ride. Can they make it any more obvious?

The song "Wonderful World", which is the ad's soundtrack, takes on a sinister new meaning. Look at the stated goals of the globalist elite laid out very clearly on the Georgia Guidestones. Pay particular attention to what they believe is the optimum world population (the first commandment) and you'll see what I mean.

Posted by MattHaydenAU at 3:53 PM