Sky News is widely seen as a conservative stronghold. So it's not surprising that deranged lefties on Twitter have been running campaigns against their broadcasters for ages.

It certainly promotes itself as "a place where common sense lives". That's true to some degree. But it should be remembered that the outlet is still ultimately owned and controlled by globalist forces. So they are doing their part in the mind war being waged on normies the world over to bring about the NWO. You can see it most clearly in their coverage of vaccine related issues.

It's also apparent in the symbolism of the photos that they choose to include in their tweets. This may seem a strange thing to focus on but it's actually quite significant, IMO. The imagery used often has a real "occult elite" feel to it. 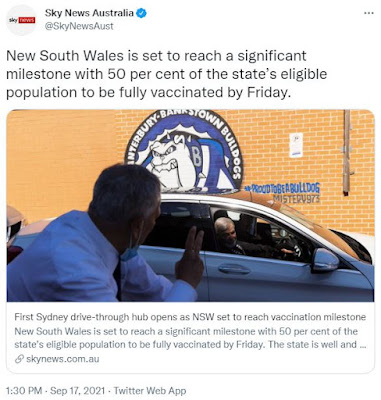 Take this one recently. Notice the V-sign flashed by the guy in the foreground. This was used by ScoMo et al in the Government's laughable "V-Day" promotion as well as by dopey slebs and other influencers tryna get more "jabs in arms".

Then there's the Canterbury Bulldogs mural behind the car in which blue features prominently. So, this seems to signify the presence of a "blue dog", which is an occult elite motif that refers to Sirius, the "dog star". (Actually, bulldogs on their own seem to suffice as a symbol of this, since "bull" is almost an anagram of "blue".)

In any case, Sky News tweeted another clear blue dog -- again associated with a car -- in a story recently. It's mentioned near the bottom of this post about related patterns of very creepy symbolism in another of Rupert's outlets, the Daily Telegraph. 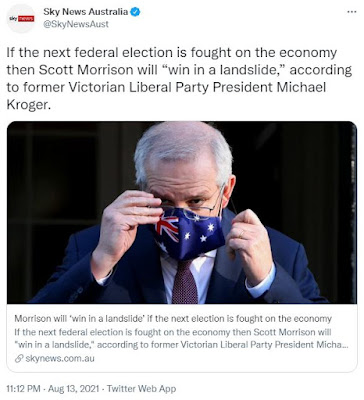 Sky News tweets also feature the classic illuminati one eye symbolism. Above and below are two recent examples but I've seen it in their Twitter stream several other times. 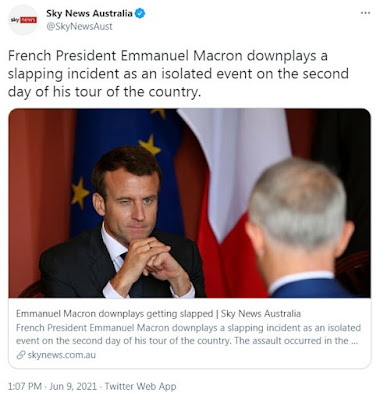 UPDATE: Just saw this photo of Dan Andrews. I think it was chosen because it looks like he's flashing the "666". 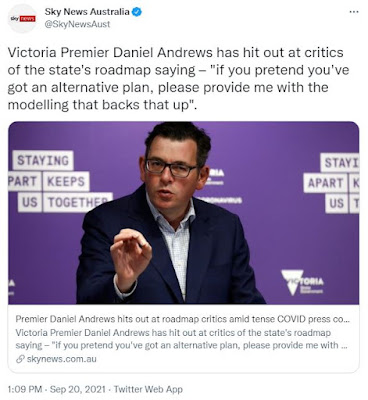 While these patterns are definitely present in this outlet, they're not nearly as obvious as they are in the Daily Telegraph. You see this kind of stuff on many covers and in several pages within every issue.

Please check out my thoughts on some recent examples in the video below.

Posted by MattHaydenAU at 2:37 PM