Fire works for the globalist warmists, but not for New Year's Eve

Australia Day is fast approaching and the usual suspects have begun their malicious campaign to demonize it  and our whole history by association. They simply never let up in their efforts to destroy Western civilization and they were of course hard at it in the lead-up to the New Year's Eve celebrations a coupla weeks back as well.

You'll recall that they bitched and moaned about how inappropriate the fireworks were given the fact that the entire nation was consumed by the fire resulting from this "climate emergency". I thought this was highly ironic given that the whole crisis has been engineered by those above them in the globalist power pyramid -- not that they're aware of this, mind. Most leftist greenies are merely useful idiots, as we all know.

It must have so enraged them that they couldn't get their way and have the fireworks cancelled. But as well as the widespread support for this long running Sydney institution too much time, effort and money had been put into its planning for it to be cancelled. The fact that a green globalist herself, Clover Moore, most likely made the final decision to run the event as planned is testament to this.

She certainly made the right decision and even though the smoke haze was palpable in the afternoon as crowds gathered, there was still a massive turnout as you can see here. The doomsayers' desperate "climate emergency" rhetoric hadn't managed to spook the normies into staying home. 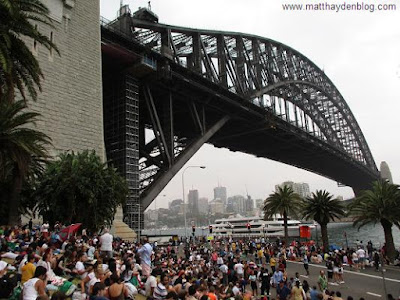 Something else that was notable about this event (as it is every year): the sheer number of non-white people who attend. Of course Sydney's population, like that of all Australian cities, is massively multi-ethnic. But it does seem to be that those of non-European descent make up a substantial majority of the crowd. From what I can tell they seem a little bit more enthusiastic about attending than white Aussies, generally speaking. 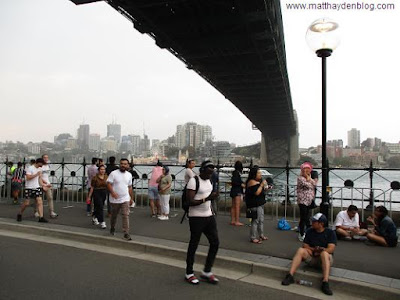 You might get a slightly higher percentage of white Aussies lobbing at Australia Day celebrations than for the NYE fireworks. But the crowds are certainly yugely diverse for them too.

If the PC Left are correct, and this is such a racist country, then why do so many people come here from Asia, Africa and South America to begin with? And when they are here, why do they lob at our nationalistic celebrations in such high numbers?

The non-white normies of Oz certainly don't buy this climate emergency bollocks, or the idea that Australia Day is an 'orrible, racist festival of hate.

Pretty funny that those pushing these narratives are overwhelmingly smug, privileged whitey-tighties. The shrieking muppets are being cynically used in a diabolical globalist psyop -- the warmist aspect of which is described below. The fact that it doesn't seem to be working on the wider population gives me hope for the future of this country.

Posted by MattHaydenAU at 1:40 PM