Were the Neighbours finale producers being too clever by scarf?

I've now come to the conclusion that there's something deeply sinister about Australia's entire mainstream media industry. It's not just that it cranks out endless fake news stories, cultural Marxist cant and crap entertainment. It's a massive mind control system ultimately run by creepy occultists who are completely and utterly barking batshit mad -- as well as evil as.

Neighbours in particular has been creeping me out big time. I don't know exactly what was going on behind the scenes all these years. But it wasn't good, I'm convinced of that.

Another soapie in which evil was perpetrated behind a daggily benign exterior was Hey Dad! The star Robert Hughes has been released from jail recently, prompting the Failing Terrorgraph to describe him as "too clever by scarf". That particular story and the way it was presented suggested a whole plethora of rabbit holes.

Speaking of scarves: there seem to have been an inordinate number of them in Neighbours and associated stories recently. It looks like those behind the long running soapie were -- to use the Sydney paper's phrase -- being much too clever with them.

Take the article about how you can book a stay in an actual Ramsay Street house. Note the character's very long scarf and how he lovingly touches the red-bricked wall one last time. Walls are a Masonic image, remember. 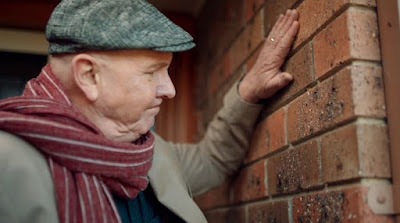 Another character wears a similar scarf in the actual finale. You can see it in this promo. 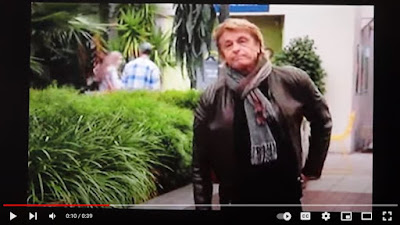 The character played by Guy Pearce wears one as well. You can see it below, though it is obscured by his jacket in the shot. 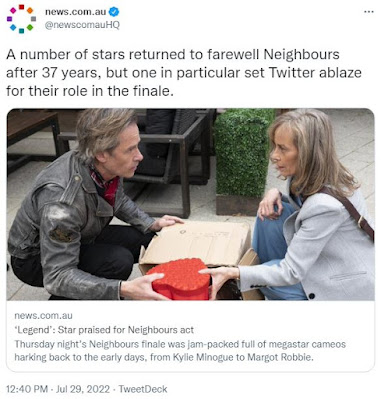 There may be other examples of scarf-wearing in the episode itself. I haven't watched it. But the fact that I encountered these examples merely browsing around the subject seems significant to me. There's something sinister about it because scarves are hung around the wearer's neck.

All of those worn have colours in the red to pinky-purple range, too. And note the red heart-shaped package in the screenshot above.

Of course in the context of the plot this is symbolic of the characters' love for each other. But I believe it means something very different to "those in the know". Same with this column by Michelle Obama.

There has clearly been a massive uptick in the amount of heart-related imagery in the MSM in recent months. It seems that every second story has that word in the headline and/or body of the article.

And if you look at that item above and watch the autoload video at the top, you'll see a scene in which a red balloon with a white heart symbol on it rises above the crowd then explodes in a shower of confetti, much of which is pinky-purple.

To see what I think this might really about, please check out the video below.

If you appreciate these posts, please consider supporting me via Ko-fi. Aussies, check out these freedom rally postcards!

Posted by MattHaydenAU at 1:00 PM