I've definitely become attuned to all the creepy occult and sometimes flat out Satanist symbolism in the mainstream media. So I couldn't help noticing how many followers Melbourne comedian Dave Hughes had on Twitter.

It's a very distinctive number, innit? 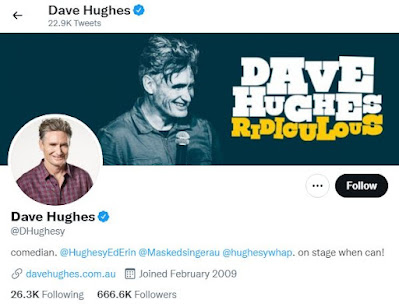 And it's been stuck at that level for quite a while now. This tweet is from August. 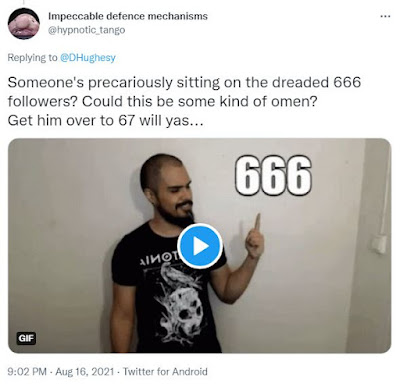 Surely it would have changed organically in the intervening weeks, right?

How could anyone's follower count remain at the same level for so long -- particularly if he's appearing regularly on the teev and wireless? If all these followers were genuine, then surely the number would have gone up -- or possibly down -- naturally.

One way for it to stay the same would be if the tweep had bought heaps of fake followers to get him up to that number. Which is why this observation seemed pertinent. 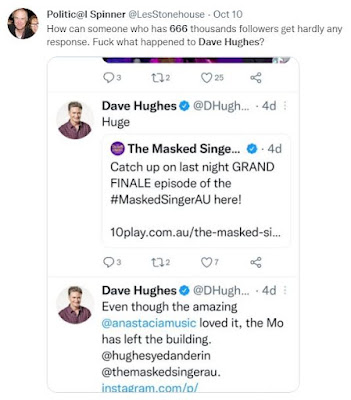 Could this possibly be? If he has done this, I just hope it was some kind a joke ...

Posted by MattHaydenAU at 12:46 PM