I have blogged before about how News Ltd has a range of views, even though all the whining lefties at their ABC and Fairfax (now Nine) see it as HQ for eeevil righties. And here's another example of this:

In the Sunday Telegraph there was this item in "The Sauce" about an event held recently in Enmore that featured Anthony Albanese. 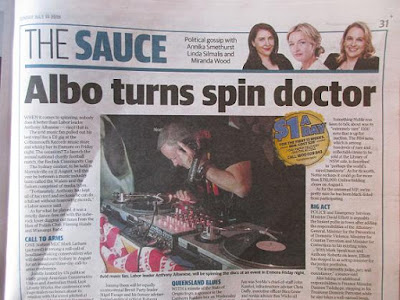 Using wordplay on "spinning" it described how Hot Albo carried off a DJ gig with aplomb.

Kinda ironic, since the report itself was spin. It was clearly meant to humanize the Labor Leader by portraying him as hip to the yoof and all that. 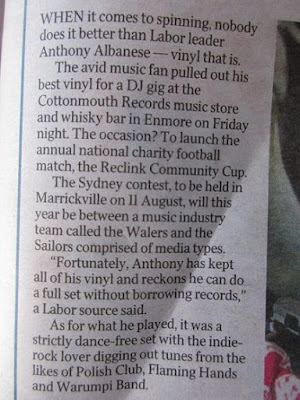 This was in marked contrast to the report further down the page. It was about an upcoming Liberty Works talkfest that Mark Latham will be attending. It included a coupla sneering references to the high profile guests, including Raheem Kassam, mentioning that "he was forced to apologize to a female minister who had recently suffered a miscarriage". 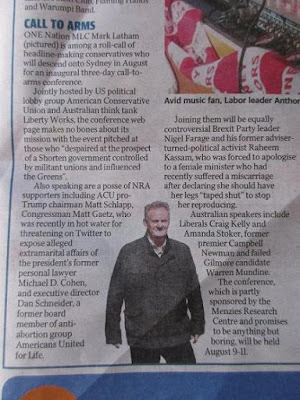 Now, you can always find some dirt about any well known person if you look hard enough. So why did they do so here unless they were very keen to peddle the dreary narrative about how conservatives are all such awful misogynists and the like?

And the piece concluded by saying the event "promises to be anything but boring". That's PC leftie code for "offensive, appalling and wrong".

The right-on bias is just excruciating, innit?
Posted by MattHaydenAU at 12:16 PM