I've found this saga of the Martin Place homeless camp quite fascinating. It has illustrated how so much of what we consider to be objective news is actually highly manipulated, and that activists and politicians will happily exploit the misfortune of others to lift their own profiles and further their own agendas.

That's not exactly a revelation, of course. But when something unfolds in front of your eyes it becomes a whole lot clearer than it was before.

The entire episode was a bit like when the circus comes to town. Obviously, it was not a happy circus! But it was still a clumsy kind of production full of colourful characters, with various sideshows going on.

And if you go to a site that a circus has just vacated, you're left with a jarring sense of desolation. All that colour, movement, and human activity ... gone! 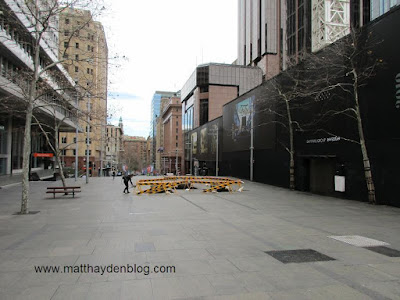 That's what it felt like when I went there last Saturday, the day after the homeless camp had been dismantled. It was pretty much back to what it had been before. But it seemed eerily empty because of all that had transpired there in previous weeks. 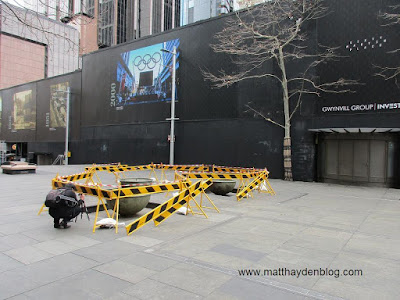 Clearly, I wasn't alone in finding this an intriguing phenomenon. Someone who seemed to be a serious photographer was also documenting the site on that day, getting arty with angles for shots. 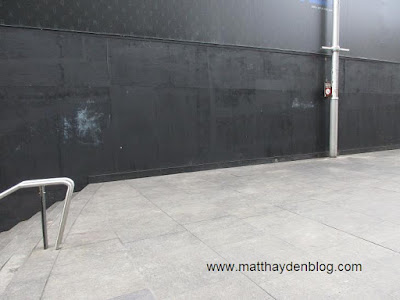 All that remained of the graffiti that pretty much covered those walls was the odd smudge here and there. 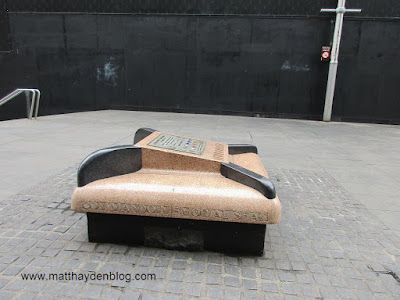 The ephemerality and incoherence of the protest was further highlighted by the presence of a granite based seat nearby. 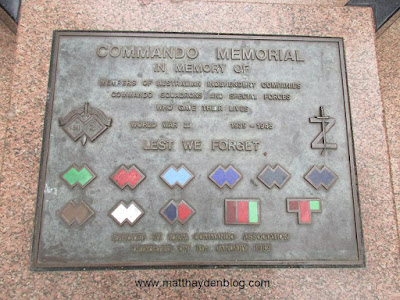 This is a memorial for commando squadrons and special forces who died in World War Two. It's been there since 1982 and constitutes a far more succinct and enduring statement than any of those made by the activists, politicians and media commentators in relation to "tent city", I've gotta say ...