Their cupcakes runneth under

I don't care if people think I'm batshit crazy for noticing dominant colour themes in the MSM. There's definitely something creepy going on.

Many businesses -- mostly big and global but not always -- seem to be contributing to them as well. Take this West Aussie beer reviewed in Perth Now. It seems to be part of this pink and brown pattern.

The article tweet itself caught my (illuminati) eye for obvious reasons. 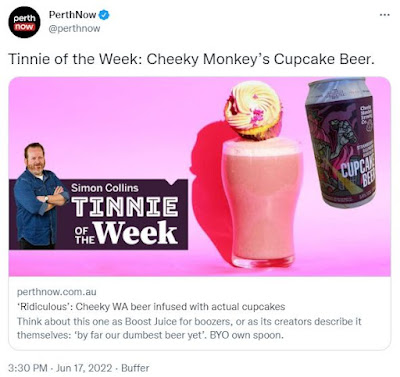 This photo was included in it. Note the pinky-purple theme as well as the dark brown of the cake on the can.

When it comes to the milk of human kindness, their cupcakes clearly runneth under. 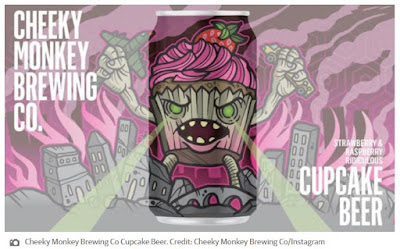 The brewer's IG page included this image of a cupcake being dropped into the beer. There's a splash of red.
Hmm. What does that remind you of? 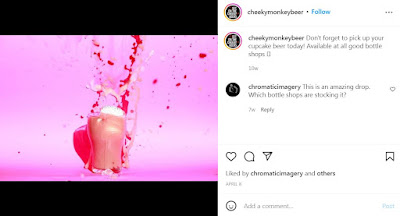 Cupcakes themselves are brown. But I thought it was interdasting that a specific association was made between the product itself and that obviously staged Oscars slap that involved two world-famous black dudes. The link to the colour theme becomes stronger as a result. 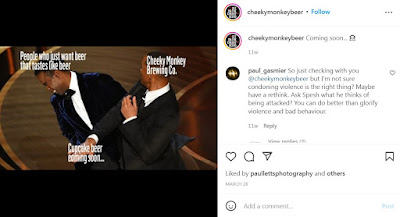 The IG page has many updates with an occult elite vibe. I thought this one was notable. As well as it saying something about the culture of the company the photo itself shows how obviously staged that "accident" involving ScoMo actually was.
Look at how far the ball is from him. FFS, he clearly targeted that kid. And fake news MSM outlets flat out told us as much. 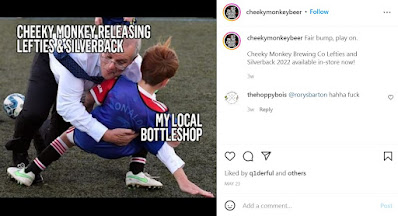 Given these patterns, I don't think it's unreasonable to conclude that there was some sort of symbolic incantion going on here on the part of the brewer and perhaps the reviewer as well.
Maybe they don't even know what it's ultimately about and that's where the rabbit hole ends? Or maybe not.
Another data point: The word cupcake is a combination of two words beginning with "c", the third letter of the alphabet. Could well be another 33 ...
Speaking of pink liquid and brown skin, check out the clip of the ad I saw in Town Hall Station below. Forgive the low quality. I just wanted to film it ASAP before it was replaced.
In any case you can see that the customer is a black dude, and the pink liquid is overflowing, which I thought was a nice counterpoint to the title of this post.
You know, duality and all that ...
If you appreciate these posts, please consider supporting me via Ko-fi. Aussies, know your rights!
Posted by MattHaydenAU at 1:09 PM