The King of Commie DC

Let's face it, you'd have to be pretty stupid not to notice how weird this whole Biden inauguration thing was. Why no people there? Why all the soldiers? Why did the participants look so miserable throughout much of the ceremony?

Of course the fake news flogs in all the big lie factories across the world have been telling us it was all totes normal. 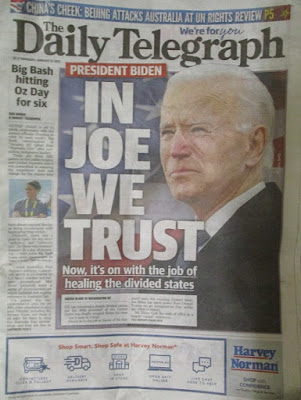 No we don't, you hopeless propaganda-peddling clowns.

Dinkum journalists actually interested in finding out the truth said the whole event was surreal, creepy and wrong. 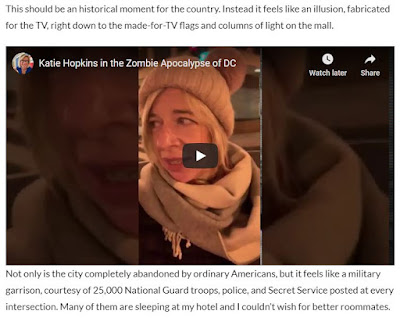 Then there were the striking similarities with movies and TV. Lady Gaga looked creepily like a character from the movie The Hunger Games. Then there was Jill Biden wearing a dress like those worn by the wives in The Handmaid's Tale. And of course there was this: 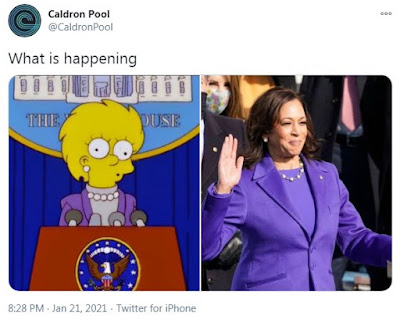 Talk about life imitating satire!
Was this the globalists behind this coup gaslighting us? That's possible. But I think a likelier explanation is that the white hats really are in control and we are "watching a movie". And that movie's function is to wake up the normies to just how utterly corrupt the system they've been living under is, and has been for ages.
While in office Trump took the USA out of that fraudulent corporate structure controlled by evil central bankers and returned it to its authentic constitutional roots. So, Washington DC then became a kinda HQ for a company that no longer existed. And the commie China-controlled Democrats were so desperate to regain the global control that this office used to hold that they cheated their way into it in the most massive, brazen electoral fraud in human history. By taking the bait that Trump left in this way, they've made Washington DC literal enemy territory. Hence all the soldiers.
I wrote before about how Dan Andrews resembled Rupert Pupkin from the movie The King of Comedy. I think that comparison applies even more accurately to Joe Biden than to Dictator Dan.

He's a joke of POTUS because -- not unlike De Niro's sad, no-talent wannabe comedy star -- he figured it was "better to be puppet president for a month than puppet senator for a lifetime!". 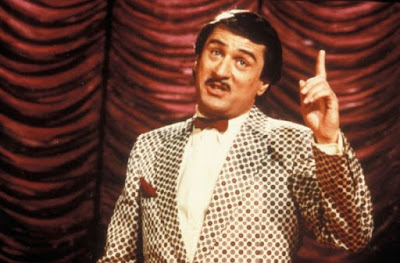 Posted by MattHaydenAU at 1:45 PM