I'm sure you've seen these posters up around the place. The first two shots I got below were in Parramatta Rd, Leichhardt. Clearly, Clive Palmer is hoping to become our own version of Donald Trump. As well as the catchphrase, he's even got the thumbs up happening.

But the whole pose is not very convincing, I'm afraid. He just doesn't have his heart in it ... Also, Trump is clearly way smarter than Clive. While the hefty Queenslander is clever enough to make mountains of moolah (though not nearly as much as he claims, it seems) and have some success in politics, he's definitely no "stable genius"! 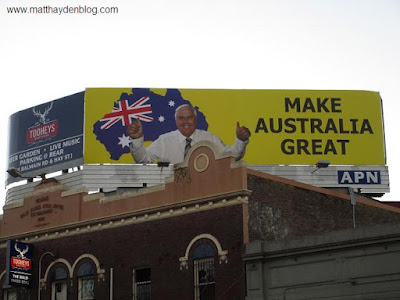 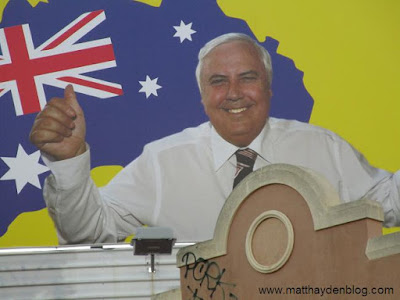 Trump is always several steps ahead of the competition. And he has laser-like focus and clarity with his messaging. That's why he's never deviated from the "MAGA" mantra.

The same cannot be said of Clive Palmer. Here's another of his posters. This one is further west down Parramatta Rd. Notice how the first one says "Make Australia Great" yet this one says "Put Australia First". 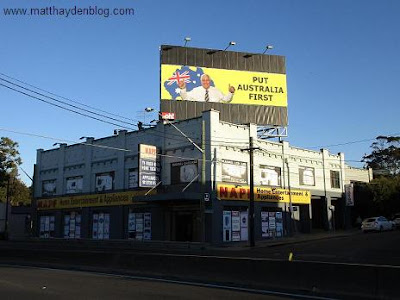 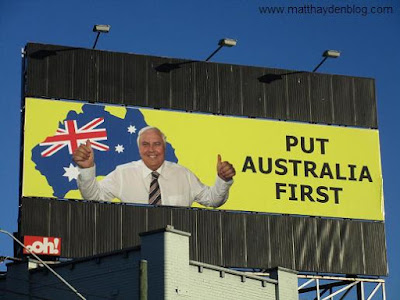 Eh? That's a confused campaign. I don't think Clive has really thought this through ...

I have seen others around the place. I wouldn't be surprised if they have a different catchphrase yet again.

UPDATE: Saw this one in Leichhardt. Not surprised that it had been vandalized. While not quite as right-on as nearby Enmore, the area is very left-leaning.

Actually, if it were in Enmore and someone had scrawled "fat pig" across it, you'd prolly get another activist correcting that with a phrase like: "You can be beautiful at any size. (But Clive's still an arsehole!)"

And it would be spelled incorrectly, of course ... 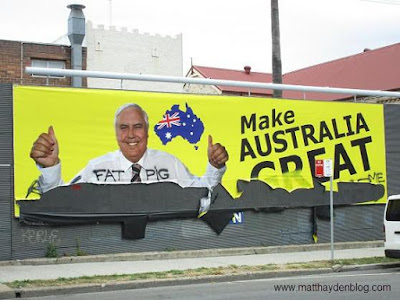 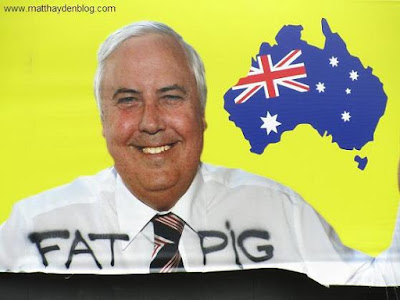 Posted by MattHaydenAU at 12:12 PM