James Delingpole promotes Killing the Earth to Save It in Perth

James Delingpole, controversial climate change skeptic and writer of the book Killing the Earth to Save It, commenced his tour of Australia at the Royal Perth Yacht Club in Nedlands last night. I attended the event, which was organized in major part by Joanne Nova, seen here introducing the author. 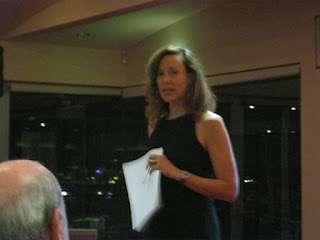 The book promotion was well attended. I'm not sure of the exact number but there must have been around two hundred people there. What I found interesting about last night's audience was that while a majority were over fifty, there were also quite a few twenty somethings present.

This was not the case when I saw Christopher Monckton in Sydney back in 2009. At that debate -- in which he totally pwned Tim Lambert -- the vast majority were oldsters. This seems to be confirmation that climate change skepticism is getting through to more and more young folk -- clearly a good sign. (Sure, my statistical sample is small, but it's still bigger than the pool from which that widely touted 97% consensus figure was drawn, so I think this conclusion has some validity.)

Speaking of Monckton: Delingpole has now reached a comparable level of prominence. But he's very different as a public speaker. Monckton has a slick, theatrical and tightly scripted show that makes effective use of PowerPoint. He uses a lot of facts and figures, stats and graphs to blast holes in the case for dangerous climate change.

Delingpole comes at the issue in a different way. He's much more focused on politics and sheds light on the many motivations behind the global warmist movement, which he accurately describes as mass hysteria.

Unlike Monckton, he prefers to extemporize. Much of last night's presentation consisted of his responses to questions from the audience. By doing this he managed to cover a wide range of subjects, often punctuating his clear points with witty ad libs. 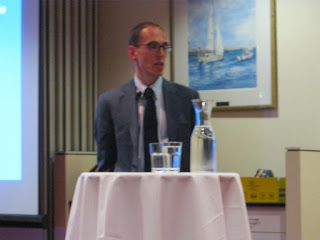 Delingpole speaks just like he writes, somehow managing to be brazenly provocative and pithy in a simultaneously disarming, almost self-effacing way. He clearly enjoys the controversy he's generated, saying that "if you're taking flak it proves you're over the target". His unique persona is one of the reasons he's getting so much publicity. I suspect that younger people who may be turned off by Monckton and Plimer are warming to Delingpole.

Among numerous subjects he covered the Climategate scandal, which garnered him a massive amount of publicity almost overnight. Interestingly the bloke who actually coined that term -- the memorably named "Bulldust" -- was also present at the event. I photographed him from behind to maintain his powerful aura of mystery and danger. 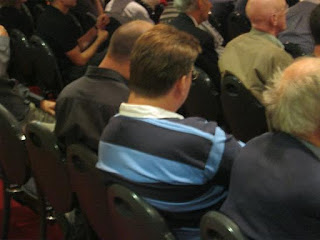 And he wasn't the only other well known figure in the war against warmism. Dr David Evans was also there, as was Paul Ostergaard, inventor of an  iPhone app for climate change skeptics. 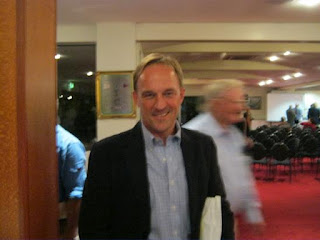 As Joanne Nova mentioned, Perth is a bit of a hub for climate change skepticism. The individualist culture of the place clearly has something to do with that -- as has the fact that Western Australia is pretty much bankrolling the rest of the country with its booming resources industry. The crowd were overwhelmingly supportive of the author, and he ended up selling a lot of books. 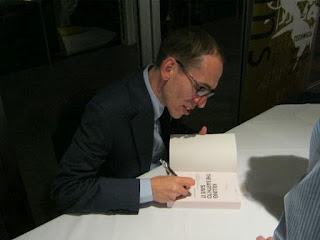 Delingpole is definitely worth catching when he appears in your city. Details are here.

You can buy the book online at Fishpond (affiliate link):
Killing the Earth to Save it: How Environmentalists are Ruining the Planet, Destroying the Economy and Stealing Your Jobs
Posted by MattHaydenAU at 2:35 PM