MSM on the way out whether the Storm hits suddenly or not ...

It's revealing that so many so-called journalists in the Australian MSM don't have a clue about QAnon. If they do "report" on it at all, they just rehash the inaccurate description that their counterparts in the USA are peddling. After all, the big outlets here are merely a subset of the US-based legacy media, echoing its style and content. Like CNN, MSNBC et al they are controlled by the same globalist, Trump-hating, Swamp-dwelling forces -- which is why their claims to care about our "right to know" seem so suss.

They are terrified of QAnon and describe it as a "conspiracy cult", "conspiracy movement", and often just a "conspiracy theory". This is clearly to evoke a powerful emotional reaction in their audience and make them conclude it's full of Bible-thumping racist rednecks and anti-Semitic whackos and is therefore best avoided.

While some conspiracy theories have gathered momentum in the movement they comprise just one aspect of it. In any case, the MSM have been pushing the biggest conspiracy theory of all for years now: the Russian collusion delusion.

The QAnon phenomenon is an alternative to the mainstream media more than anything else. And while the MSM declares itself to be the ultimate authority and speaks down to people, demanding that they accept its version of events without thought or question, Q encourages everyone to think for themselves, and do their own research. It looks extremely likely that Q is dinkum and Trump is part of the whole plan, something numerous high profile "journalists" imply or flat out state is impossible. Yet they refuse to confirm this view by asking him directly -- which is extremely telling in itself.

A while back Trump himself said: "We have to bypass the media in order to get straight to the people ... We've gone around them like no one in history has gone around them."

I think he was referring to this whole project that, along with other methods, will help bring in a massive "storm" of retributive justice against the globalist cabal in general and the dirty Dems in particular. And it's all arcing up again big time now that 8chan -- where Q posted previously -- has been resurrected as 8kun. 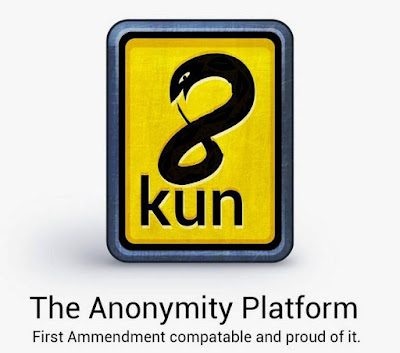 It's been up less than a day but apparently Q has already started posting there again.

Also, a high profile Twitter user and Q follower and decoder called JoeM has just abruptly quit the platform. He said this was because his profile had become too big and was therefore a distraction. The movement was all about giving power back to the anons, after all.

Maybe, but I suspect he may have been closer to the whole operation than he claimed, and his stepping back from social media signals the next phase in it; that as his very handle stated the "StormIsUponUs".

After 93 days of continuous work by highly skilled tech-heads passionately committed to free speech, 8kun is now up and running and will be much harder to knock offline than its predecessor was.

It's likely that this will function as an online repository for all kinds of jaw-dropping evidence of the globalist cabal's criminality. As the 2020 election approaches the legacy media's credibility will continue to plunge and more and more people will hear about 8kun. After visiting the site -- or, more likely, seeing its updates elsewhere online -- they'll become red-pilled as a result.

Many Q followers anticipate that Trump's counterattack against the globalists will result in a sudden, spectacular "storm" of mass arrests and subsequent military trials. I doubt it will be that explosive. I think this will be a gradual process so that the normies can slowly adjust to the new reality and thereby come to terms with the fact that they have been massively lied to for decades by high profile figures and institutions they long admired and trusted.

Either way, the MSM in the USA and here in Australia are toast. They just don't know it yet.

I don't feel sorry for them, but I do pity the millions of poor normies who have built their world-view around a massively fraudulent narrative about the world pedalled by psychopathic scumbags. I suspect that this "great awakening" will shake many of them to the core and some may even slowly go mad as a result.