Last night I went along to an informative and entertaining event at the Menzies Research Center. It was aimed at encouraging those of the non-leftist persuasion (otherwise known as sane adults) to get active on Twitter.

There is absolutely no doubt that the platform "leans left", both in the membership and management. Data proves this, and it becomes crystal clear anyway if you haven't been guzzling the PC Kool-Aid all your life and you sign up and start tweeting. Joint is chockas with feral lefties who love nothing more than finding a tweep guilty of "wrongthink" and piling onto him with the most vile, witless abuse imaginable. (For shorthand, I call this tragic tribe of cowardly bullies "the trollective".)

Now, a lot of righties avoid it like the plague because it's so dominated by the Left. Not worth fighting them on their turf, they say. That's a fair point but remember that the MSM repeatedly (and dishonestly) cites tweets zif they are representative of the wider population's views. This allows them to keep peddling their fake news narrative, which they then leverage to skew the debate in Canberra, among other things.

If growing numbers of normies are on there tweeting up a storm, however, it becomes a bit harder for Fairfax, their ABC, Buzzfeed and the like to keep selling their snake oil. This was one of the main motivations for the event, which was organized and emceed by the Menzies Center's Fred Pawle, and featured noted reporter and columnist Caroline Marcus, the prolific witty tweep Monsterdome, and veteran rhino-hided commentator Chris Kenny. 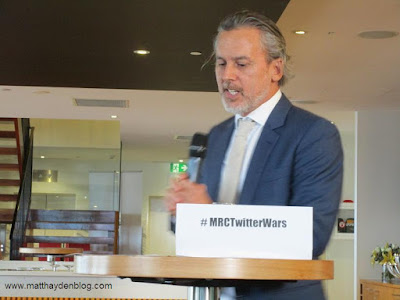 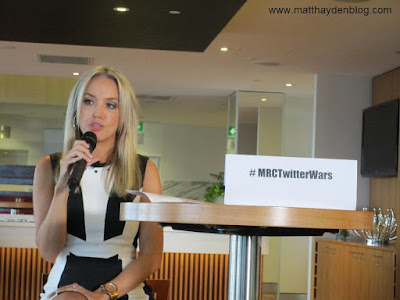 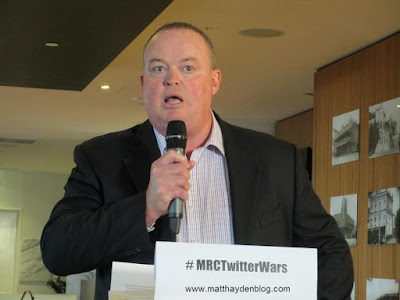 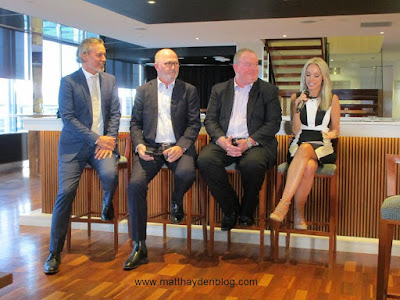 The event was live-streamed on Facebook and several of those present (including yours twooly) tweeted the relevant hashtag (#MRCTwitterWars) throughout. This gathered quite a bit of momentum and it actually became a trending topic for much of the night. 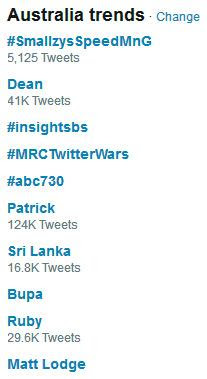 Now this was quite a small event specifically aimed at non-lefties. So it clearly provoked quite a large reaction from the Left.

Many of these tweets were as vile as they were stupid, natch. But not all of them were. Some were merely excruciatingly pompous. Take those of one Patrick Stokes for example.

Now, Dr Stokes (for a doctor he is) often brings his powerful intellect to bear on contentious issues, taking prominent political figures to task. Here he is "schooling" Lyle Shelton for "category errors" for example: 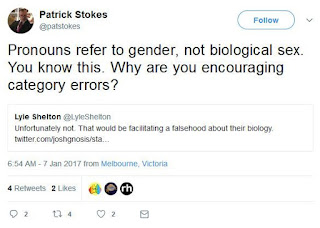 There's politically correct "thinking" in a nutshell: Gender and biological sex are separate categories. As Gerard Henderson himself might say: "Can you bear it?" (I would love to see Stokes in a debate with another, far more prominent and clear-thinking academic -- and writer of this best seller -- Jordan Peterson. I think I know who'll get schooled then.)

But back to the hashtag at hand: Dr Stokes zeroed in on the event's "win at Twitter" label and concluded that the participants were guilty of "sophism". 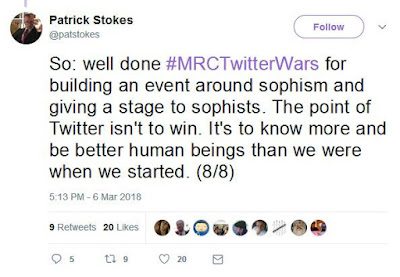 I think he was reading far too much into it. I was there and it was pretty much WYSIWYG -- hardly intellectually dishonest. If anything, it was advocating stoicism ... Actually, I think it mighta been Dr Stokes himself who made the biggest "category error", don't you?

And don't you love his line that Twitter shouldn't just be used to win, but "to know more and be better human beings than we were when we started".

Because that's what the Left are all about, right? They're such a learned, edifying bunch aren't they?

Yeah, right ... Take this sophisticated contribution from a self-described "comrade", still holding a kennel for the Chaser. 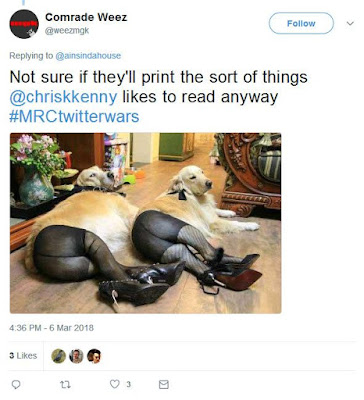 And here's a perfect example of the kind of "progressive" misogyny Chris Kenny specifically mentioned on the night. 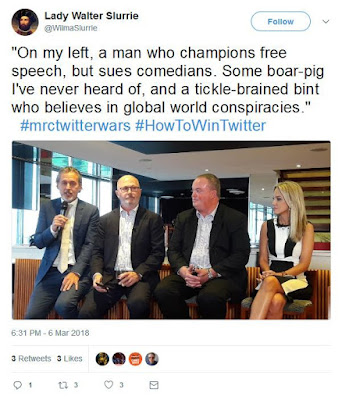 Oh look, here's some more! This delightful tweet was provoked by Ms Marcus's quite reasonable and accurate observation that Twitter is basically people proverbially shitting on each other. 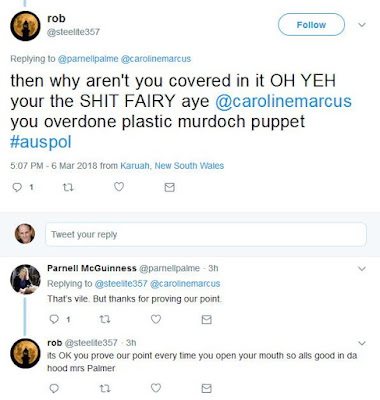 Plenty more where that came from. It really was the tip of the shitberg.

Almost refreshingly some of the snark was more subtle. Take this dog whistling about the newly unmasked Monsterdome's appearance: 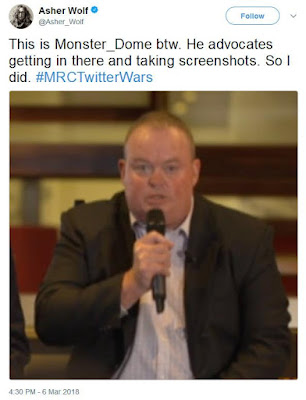 Predictably, Asher's followers got the hint and piled on with markedly less restraint: 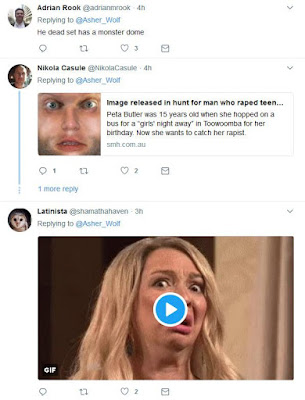 Sure, MD is "no oil painting". Most of us blokes are -- particularly when we get into middle age and beyond. But to imply someone resembles a rapist because you disagree with him is just putrid.

This vicious mockery of opponents' appearance is made worse by the fact that it's lefties themselves who are so keen to condemn others for "lookism". (As a semi-baldie myself, I'm used to the brazen domophobia. Currently compiling an official AHRC complaint as a victim of "pate speech".)

Back to Ms Wolf: 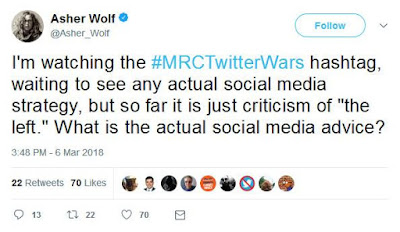 Well, she wasn't watching very closely. There were many good observations on this very subject from all panellists on the night. Take this list of ten tips from Monsterdome, for example: 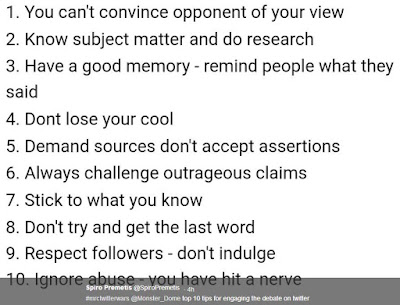 Go through each of those points in turn. You'll see that the PC leftist approach for each is pretty much the exact opposite. (Spookily, it's a bit like how Satanists view the Ten Commandments.)

When we zig, they zag. When we talk, they squawk!

Triggering the trollective is twitloads of fun. That in itself is reason enough to be on Twitter, so please do feel free to join us ...

Posted by MattHaydenAU at 2:42 PM