I am now in my early fifties. Almost can't believe, it, because in many ways I've hardly grown up at all! And it seems like just yesterday that I was a mere whippersnapper. No doubt about it, the older you get, the quicker it goes ...

Lots of changes occur as you hurtle towards codgerdom, of course. One of them -- which I suspect is quite common -- is that you start to notice (and warm to) people and objects that are also "getting on a bit".

These days, when I travel through Sydney I've always got my eyes peeled for old buildings and artwork in particular. Take this elegant statue of King Edward VII on horseback, for example. 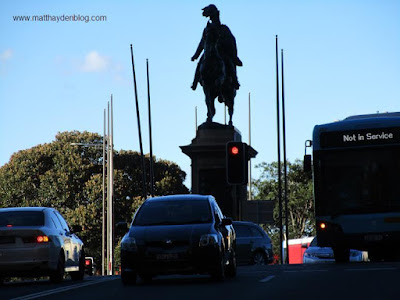 It's near the corner of Bridge and Macquarie Streets, and it's an impressive sight from any angle. But it's particularly striking when you see it from down the hill a bit, on Bridge St.

Hard to get the full effect in a small shot, of course. But it's definitely a dramatic reminder of days long ago, when horsepower actually meant exactly that!

I got these shots from the front, much closer to it. (They don't show ol' Eddie himself. But the video I took, linked below, does.) 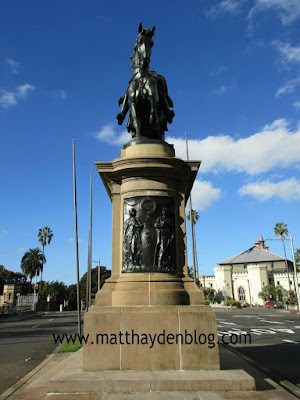 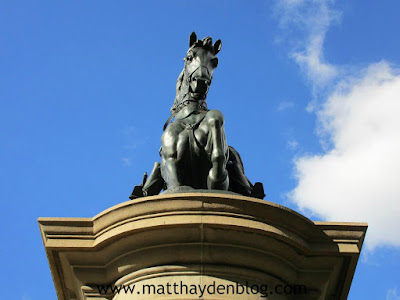 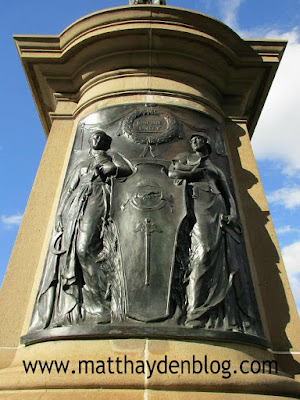 I know monuments like this are not to everyone's taste. But I love them. There is clearly so much skill, care and hard work that has gone into them. They come from an era when beauty and elegance were not sneered at as inherently elitist, oppressive concepts.

On the contrary, they were seen as ennobling and uplifting. Sure, they were meant to glorify the British Empire, reaffirm the status quo and all that. But they also gave people something to look up in awe at and collectively feel proud about. So they were actually there for everyone, contrary to what many angry lefties might say.

As well as being compelling examples of our culture from long ago, they can still have direct relevance today. Take the inscription between the two figures in the shot above. It reads "Empire, Unity". Obviously the first word has no resonance these days. But I'll bet a lot of people would agree we need a helluva lot more of the second!

Sydney, being Australia's oldest city, has plenty of these memorials and monuments. So I'll keep an eye out for more, and take photos and videos of them whenever I can.


Posted by MattHaydenAU at 5:13 PM