Recently I heard about the latest latte leftie dummy spit and group sulk called March in August. Read that it was to start at a park in Northbridge.

Now, because these charming assemblies are full of brimming bolshies who can't be arsed actually thinking about political issues and much prefer to play the man rather than the ball, most of the venom the speakers and placard wavers express is aimed at their favourite hate figure, the PM. And considering that Tony Abbott has been even more, er, Abbottesque than usual lately -- what with his comments about white settlement, as well as his condemnation of those adorable head choppers from ISIS -- you'd expect there to be squillions of squealing Tonyphobes at this latest demo.

But nup. It was a total fizzle. As a coupla Twitter wits opined, you get bigger crowds at an under 10s soccer match, or a sausage sizzle out the front of Bunnings. 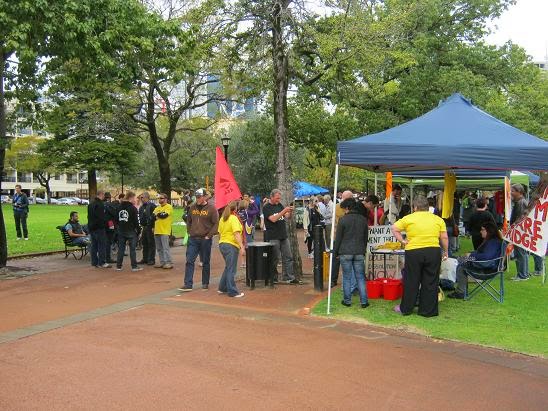 Left me scratching my head as to why this was the case ... Hmmm. Maybe it was something to do with the lack of a catchy, alliterative title? After all, there was something distinctively meme-ish about "March in March" and it was extra-easy to remember for the severely cognitively challenged -- who clearly constituted most of the many thousands who rocked up on that day. So, would this latest organized outburst have drawn bigger crowds if it had been named, say, "Anger in August"? Maybe ...

But I think the main reason for the tragically piss-poor turnout was the highly immature and emotional nature of the Left. If your actions are motivated by feelings, well, they'll always be inconsistent in nature.

Then there's pervasive pinko tendency to blame others for your own condition. So, in the same way that these child-brained adults accuse decent hardworking folk who never did anything wrong to them for their own misery, they also leave it up to others to tell them what to do. Hell, the spoiled sprogs can't even shift their fat arses down to a local park unless the local commissars motivate them sufficiently.

It's all there in that stupid exhortation so beloved of the bolshie: "maintain the rage". Such "rage" can hardly be genuine and justified if someone has to tell you to maintain it, as well as when and where to express it, right?

Actually, it's not really rage at all. More like wallowing in your spurious sense of victimhood on cue. 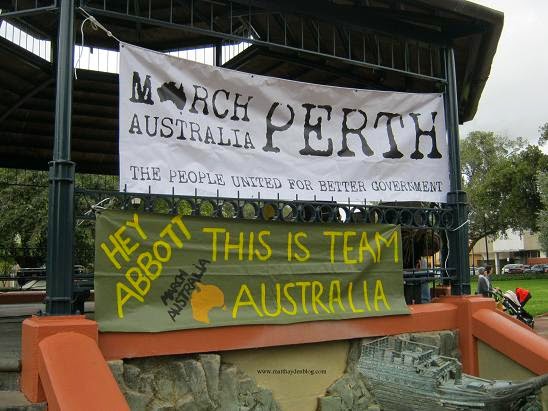 Posted by MattHaydenAU at 3:10 PM