MSM has a heart-on for pinky-purple

The symbolism that I've become obsessed with is most obvious in the Failing Terrorgraph but you see it everywhere. Each big media outlet seems to have its own house style and will tend to focus on some symbols more than others. But there are a few motifs that are widely seen across the entire MSM.

One of them is this pinky-purple theme and it's often associated with hearts, blood and children. Look at the many examples of it in this thread about Ukraine.

You often see it in the form of headwear and hair dye.

Here are some examples from vastly different MSM outlets so you can see it's used right across the political spectrum. 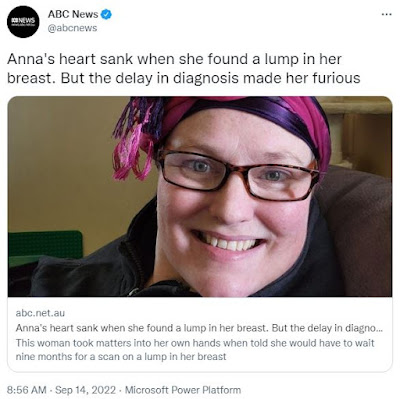 Note the strikingly coloured headwear above, and the phrase "heart sank". I also think there may be an indirect link to gestation (nine months).

If a woman's heart sinks, what is below that? Her womb. So perhaps this is meant to indirectly suggest a baby's heart?

Or maybe it's an implied equation between a cancerous lump and a foetus?

I know that sounds too absurdly twisted to be true. But hiding evil in plain sight is something the batshit occultists who control the mainstream media are compelled to do. I think it's a way for them to suss out how well they've got the public conned, among other things.

If you doubt me, please check out this video. The bit at the end, about Kate Middleton, is a good illo of just how twisted these symbolic incantations can get. 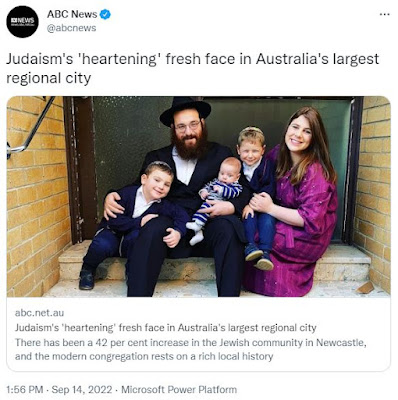 This tweet was later on the same day. Note the striking pinky-purple of the woman's dress. And there's the word "heartening". Not a coincidence. This, like the association described above, is clearly intentional and symbolic.
There are kids included. One has his shoe soles exposed.
There are also Masonic walls on either side.
There may even be some sort of significance to the location. The choice of "new castle" might be related to the ascension of King Charles. The British Royal Family are right at the apex of this creepy globalist system, remember. The new king's promotion of the Great Reset is evidence of this.
Yeah, I'm speculating. But I'll bet some of these hunches are right. 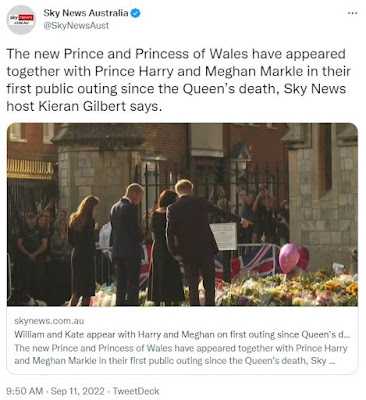 Hard to see in the above photo, but both those inflatables are actually heart-shaped. I've seen them in other posts as well.

Notice how Prince Harry is pointing to them. They are also just next to the red and white of the flag. Again, not a coincidence IMO. 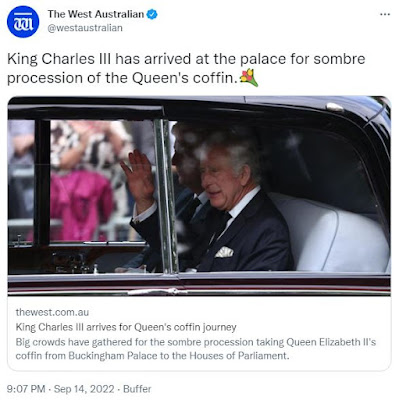 The choice of the above photo is interesting. King Charles is waving out to the crowd but his hand is also right next to that pinky-purple item of clothing in the background (I think it's a jacket hung on a fence). Another little shout-out to those in the know, I reckon.

Please check out the other examples of this pinky-purple (and red and white) pattern in recent coverage of the death of Queen Elizabeth described in the video below.

If you appreciate these post, please consider supporting me via Ko-fi.