I'm now convinced that a high proportion of what we're told is "news" is actually being used for symbolic incantation and specific comms by the Cabal, who ultimately own and control all MSM outlets.

One clear trend lately has been the high number of stories with red and white and pink colour themes, as well as those with a focus on hearts and blood. I think these are all being used to keep local elites up to speed about developments related to child trafficking and a related drug trade. I've collated two still growing threads about this. Please check them out.

The tweet below looks like a classic example of this symbolism. It uses wordplay and visual imagery to create a message to those in the know. 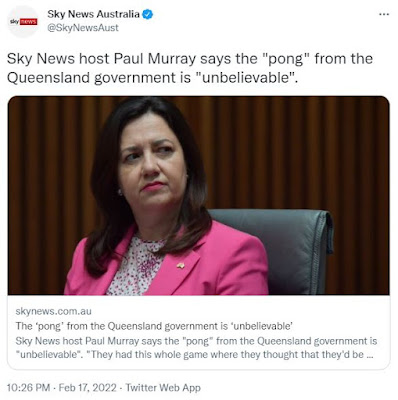 Now I'm sure you heard about that "conspiracy theory" about the pizza place in DC with an interstellar table tennis theme. Regardless of the veracity of the specific claims made about it, it's still useful as a symbol for truly shocking stuff, right?

That's what I think is being alluded to here. I think this tweet might be hinting that the shit is about to hit the fan when it comes to the nefarious activities of the Clinton Foundation. If the full extent of Billary's evil is finally revealed to the world, there will be dire consequences for local controlled arsehats -- particularly the state premiers.

Or maybe it's another "bad batches" warning, as described in the threads linked above ... Or maybe both?

Speaking of ping pong, this is another interdasting tweet from late January. 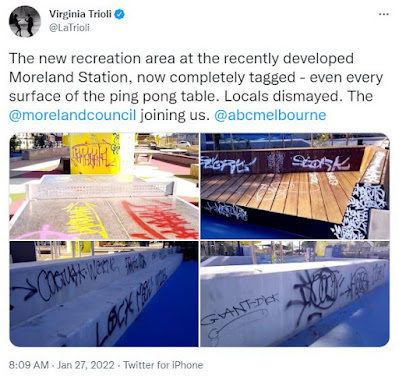 Now why would Ginny focus on the ping pong table, which had red spray-paint on it?
Remember that this was the day after Australia Day. Red paint had also been sprayed on a statue of Captain Cook in St Kilda. Headlines even described it as being symbolic of blood. 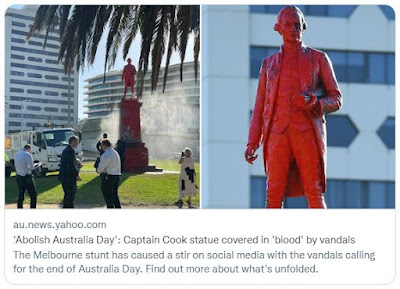 IMO these are still more data points related to this horrific trade that I've blogged about recently.

The local elites are not only deeply perturbed by ongoing interruptions in their beloved pink drug's supply and quality. They're also packin' death about revelations resulting from the Durham Report and other investigations.

Ultimately this is a good sign. And in my mind it's more confirmation that nothing can stop what is coming!

Posted by MattHaydenAU at 12:51 PM