A rush of bud

You might think that I've gone OTT with my theory about how there's a lot of MSM symbolism and comms to do with child trafficking and a related trade in adrenalized blood. Check this out then.

This is a Failing Terrograph story from February 8. It's about the AFL and Buddy Franklin. As is so often the case, it employs clever wordplay. A "rush of Bud" evokes blood, obviously. 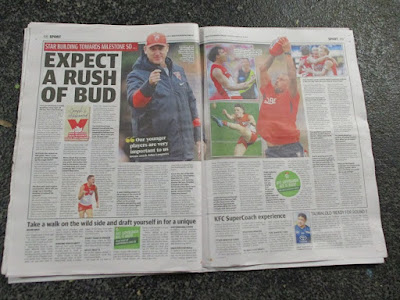 Remember that among other things the word bud can describe a baby flower. And flowers are often used to symbolize this drug.

That's why it's notable that this particular quote was highlighted. 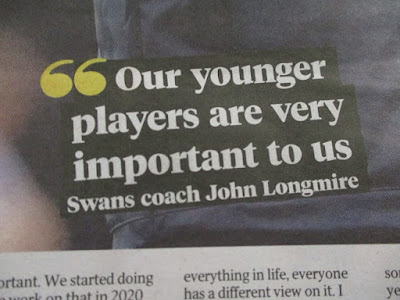 One trick that whoever organizes these symbolic incantations (I'm assuming it's the editor) often uses is to hark back to a previous issue with a specific symbol or keyword. I think that's what's being done here in the February 15 issue. 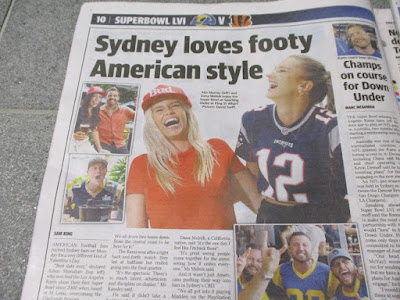 Notice how the blonde chick is wearing red, and has a Budweiser hat. The woman in the small photo has the same head-wear. You can see someone flashing the devil horns in the shot below them.

Remember that it's well established that the Superbowl is used as a cover for human trafficking. It's a bonanza for the industry, apparently.

So what does this along with the "rush of blood" symbolism mean? I think it's about how they're expecting a revival of the child trafficking business in Australia as restrictions are dropped.

Interesting how Sky News, which is almost as creepy as the Sydney-based daily in its use of occult elite imagery, focused on the quote about the "tide turning" in the story below. That's another liquid analogy. 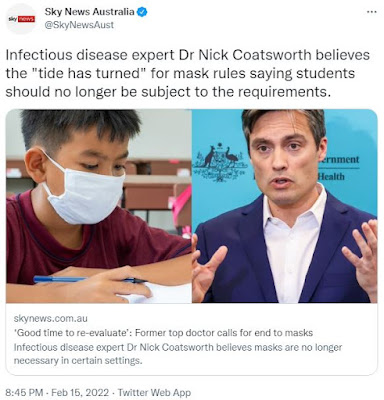 The piece has a 'rona theme and is about kids. A Chinese or Asian schoolboy is featured. Note the pink in the background. Not an accident, IMO.

The Yahoo main site is a news aggregator that has been including heaps of articles that look a lot like comms. One about the same subject and also featuring that quote was featured on the main page. 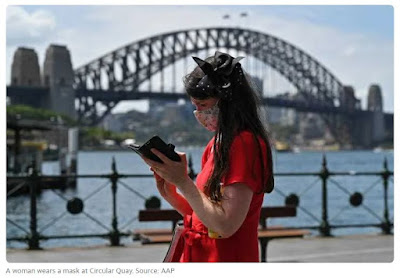 Note that the subject of the photo is wearing red. Look at the bow in her hair. The way it's shot makes this appear like rabbit ears. Hard to tell for sure but I think she could also be Chinese. This was either staged or selected from a range of photos for the strong symbolic vibe.

The way the bridge arcs over her head gives the image a kind of ritualistic feel. It's clearly meant to get the attention of anyone with an appreciation for the occult.

It's also on the harbour, which is subject to changing tides. Just out of view is the Overseas Passenger Terminal, where the big cruise ships dock. That's been empty since the Ruby Princess disaster. Funny how rubies are red, innit?

Understandably, the halting of pretty much the entire marine travel industry has been a cause of great frustration for local businesses of all kinds. But it looks like it will finally be revived in coming weeks. Remember that these cruise lines, like the Superbowl, are a major means by which child traffickers move their "product" around.

Posted by MattHaydenAU at 1:22 PM